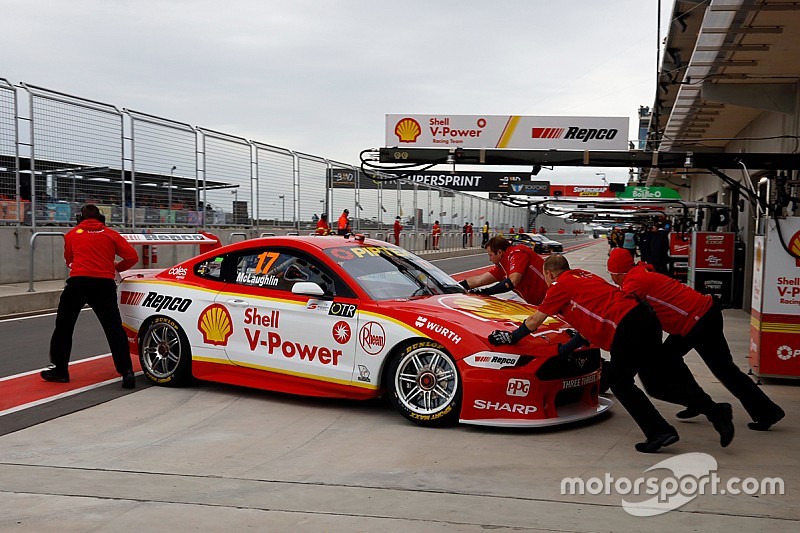 Scott McLaughlin smashed his own unofficial lap record in Practice 3 at The Bend, becoming the first driver to break into the 1m47s as he gapped the field by almost eight tenths.

The session had barely got going when it was red flagged for debris, Macauley Jones the culprit thanks to a run-in with a foam sign on the outside of the last corner.

To that point the quick man was Cam Waters, who had set a 1m49.720s on his opening run.

That time didn't last long once the session restarted, McLaughlin firing straight to the top with a 1m48.931s.

Once in front, there was no stopping the runaway points leader. He lowered the benchmark to a 1m48.403s with 10 minutes to go, before logging a record-breaking 1m47.986s on his final run.

Anton De Pasquale was the top Commodore in the field, a 1m48.784s leaving him third quickest.

Tickford pair Waters and Lee Holdsworth were fourth and fifth quickest, followed by Scott Pye, Will Davison and Mark Winterbottom.

James Courtney capped off a promising morning for Walkinshaw Andretti United with P9, ahead of Brad Jones Racing pair Tim Slade and Jones.

It was another horror session for Triple Eight, with both Red Bull Holdens nowhere near the pace.

Shane van Gisbergen spent most of the first half of the session on the grass, with four separate offs. When he did finally piece together a lap it was only good enough for 20th.

"We’re not in a good place," said Whincup. "There’s no secrets, we have got a lot of work to do, we’re just trying to find a balance.