Chaz Mostert scored his first pole position as a Holden driver with a stunning Shootout effort at The Bend. 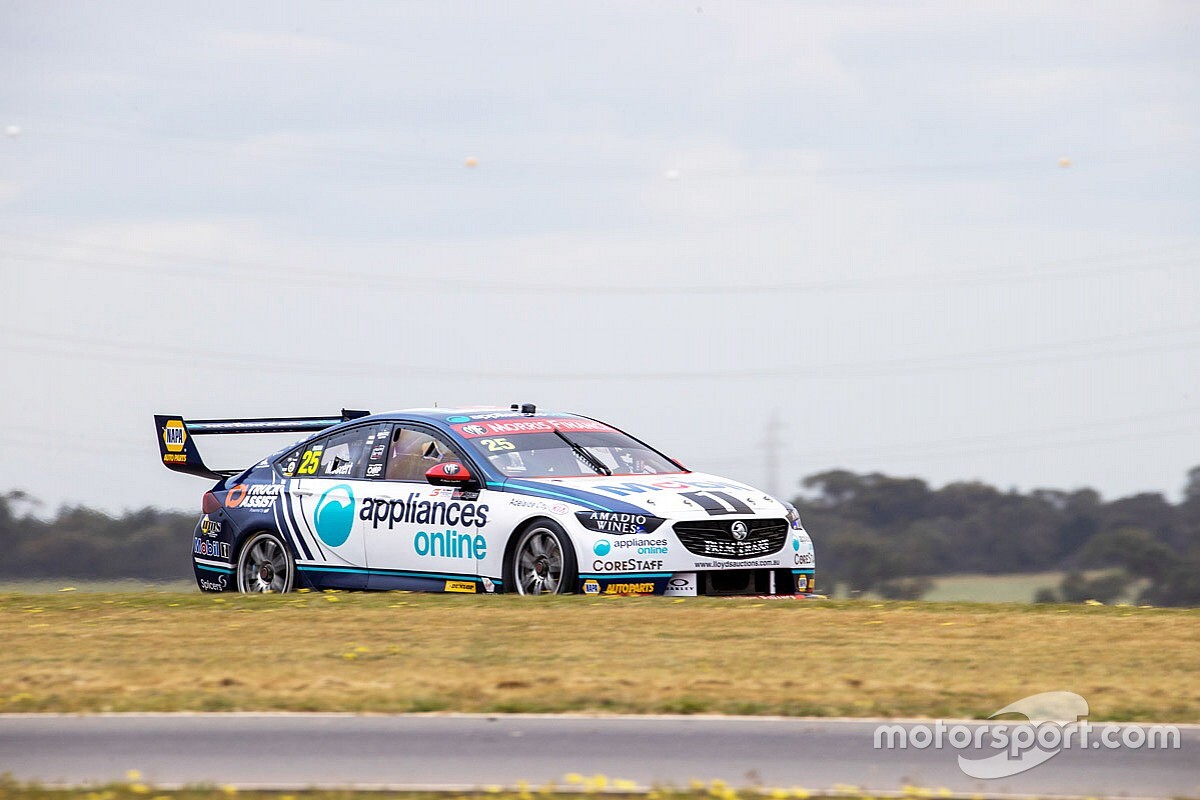 The Walkinshaw Andretti United star was only 11th quickest in the second portion of the three-part qualifying, which put him fifth on the road for the Top 15 Shootout.

However he came alive in the single-lap dash, a 1m47.968s putting him six-tenths clear of the field at the time, and giving the rest a formidable benchmark to chase.

In the end nobody could quite get there, even qualifying specialist Scott McLaughlin falling 0.005s short as Mostert banked his first pole since Bathurst 2019 and his first as a Holden driver.

"It was so close with Scotty there, I don't think I've ever seen a margin that close," he said. "It looked like he had us, but it was good to see him just fall behind. He normally gets us the other way.

"I'm super stoked for the team here at WAU, we've been trying for this. It's good to reward the team and all our sponsors for sticking with us in this tough year."

Fabian Coulthard dropped three spots from Q2 to end up fifth, while Anton De Pasquale was the second-biggest mover in the field, with a nine-place gain to sixth.

There was a gaggle of Mustangs next with Jack Le Brocq, Rick Kelly, Lee Holdsworth, Andre Heimgartner and Cam Waters in positions seven to 11.

David Reynolds lost two spots in the Shootout to end up 12th ahead of Bryce Fullwood and James Courtney, while Nick Percat was the biggest loser as a mistake in the final sector left him 15th.

That capped off a tough session for Brad Jones Racing, with Todd Hazelwood, a polesitter last town out in Townsville, set to start 16th after missing the Shootout altogether.