What a season of Supercars racing it was, with new rivalries, Bathurst heroics, and one of the most epic season finales ever seen. Here's our Top 10 Supercars drivers of 2017.

The emergence of DJR Team Penske as a genuine powerhouse made the 2017 season a special one. We were treated to an brilliant battle between the established Triple Eight squad, led by legend Jamie Whincup in career-best form, and a Penske outfit armed with incredible car speed and superstar-in-the-making Scott McLaughlin.

It wasn't all about Whincup vs McLaughlin either (although admittedly, that was the best bit). From race-winning young guns to established names rediscovering their mojo, here's the 10 best drivers of the season. 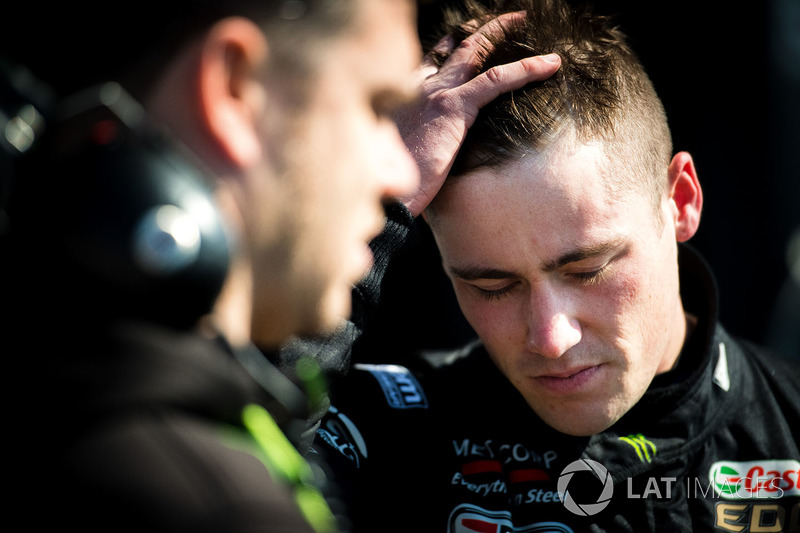 Despite only being a co-driver, and only making four starts, Stanaway is worthy of a spot in our Top 10.

For starters, he was exceptionally quick throughout the enduros, including contributing directly to the Sandown 500 win. It wasn't a case of doing the lunchtime stint and staying out of trouble for this guy. He was actively involved in the campaign, particularly during the worst of the conditions at Bathurst.

What's even more impressive is the way he shoehorned himself into being one of the key contenders in the silly season, despite having so few Supercars starts under his belt. Prodrive had to make serious moves to secure him a spot in its line-up, including ousting Jason Bright and buying a Racing Entitlements Contract from LDM.

There were murmurs from other teams that there was a little too much hype around Stanaway, and even Cam Waters looked a little sick of talking about his co-driver by the end of the enduro season.

But to have come back from Europe and so quickly secured a drive in a top team, there's got to be some fire behind that smoke. 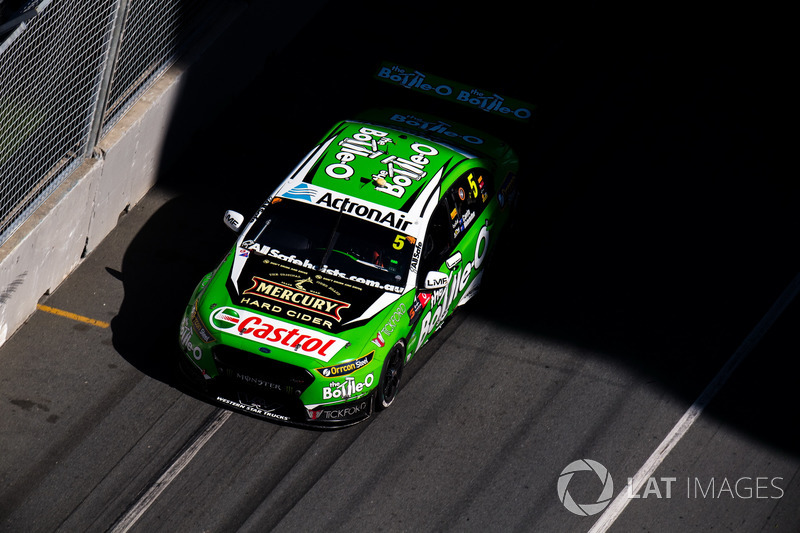 More accurately, he never settled into his Prodrive Ford. It wasn't until the Pukekohe round in November that he started talking about being comfortable in the car, and finding some direction with set-up changes.

Until then nothing seemed to make sense to the 2015 champ as he bounced around the Top 15.

To his credit, he slogged it out through a difficult season and came home a credible sixth in the points. Hardly a disaster, but you'd doubt he'll be looking back at his first winless season in a decade with much fondness. 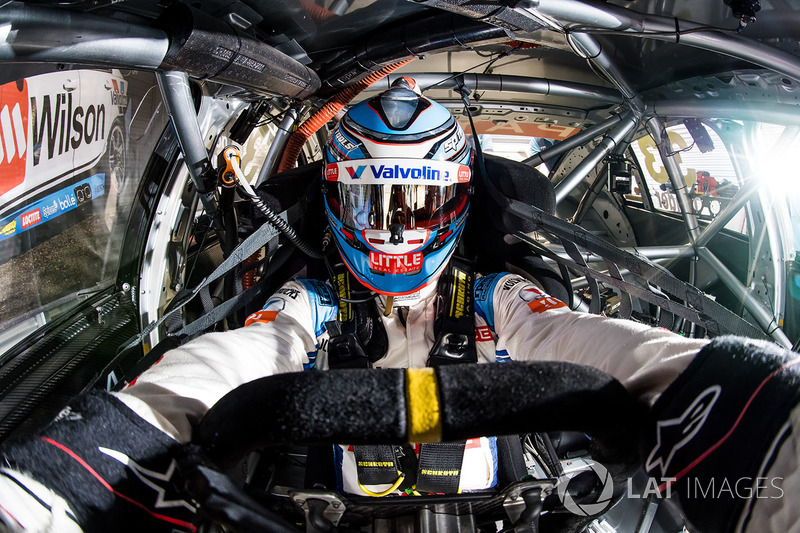 Given just how late GRM was forced to bite the bullet, ship its Volvos back to Sweden, and quickly build some Commodores for the 2017 season, ninth in the points is a remarkable result for Garth Tander.

After being axed from the Walkinshaw set-up, Tander really walked into an unknown at GRM. As it turned out, the hastily-built Commodores were pretty speedy, and combined with Tander's canny racecraft the results flowed through the first part of the year.

It was a slower end to the year after a good result went begging at Bathurst, and Tander admits he was left a little deflated by finishing 'just' ninth in the points.

He's being a little tough on himself there. Given the hardships thrown at both team and driver in the back end of last year they both did an excellent job in 2017. 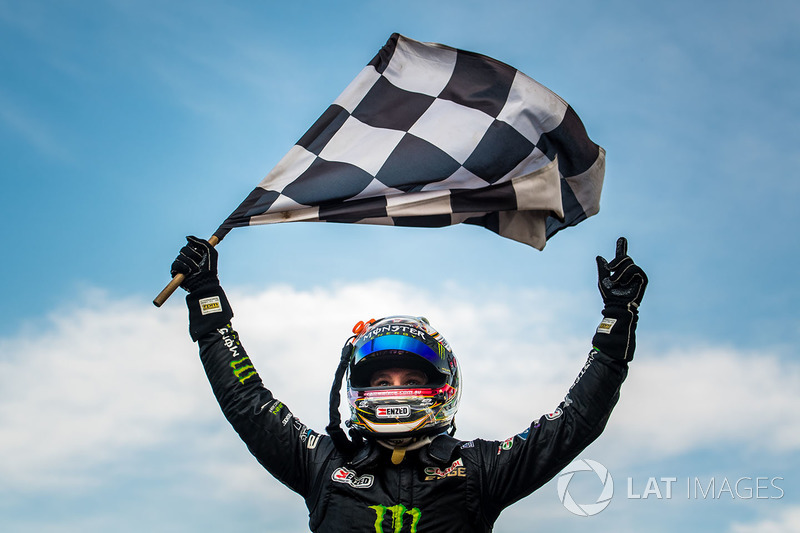 Realistically, Cam Waters had to step up in 2017.

Having joined the series last season as the runaway Super2 champ and being touted as the next big thing, his rookie season was a little underwhelming.

He picked up his game this year, though, stringing a number of impressive results together during Prodrive's difficult start to the season before putting the cherry on top with a Sandown 500 win.

His efforts secured him a new two-year deal, which means he'll (deservedly) be at PRA until at least the end of 2019. 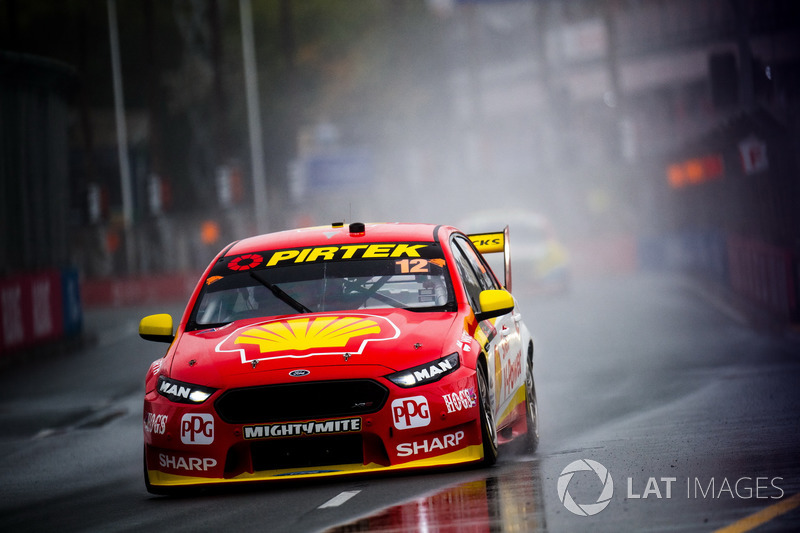 The Kiwi made a fast start to the season, jumping out to a points lead thanks to wins in Tasmania, at Phillip Island, and in Darwin. He was also more consistent than his teammate McLaughlin, who clearly had an advantage in sheer pace, and looked to be stringing a championship season together.

A tough weekend in Townsville, however, put McLaughlin and Whincup right back in the game. Coulthard did have one more crack at a decent points lead thanks to McLaughlin and Whincup's engine dramas at Bathurst, but a difficult Gold Coast 600 followed by a rollover in New Zealand put paid to his title hopes.

He's now faced with the difficult task of taking it to a second-year McLaughlin who will be desperate to win the title after going so close this year. 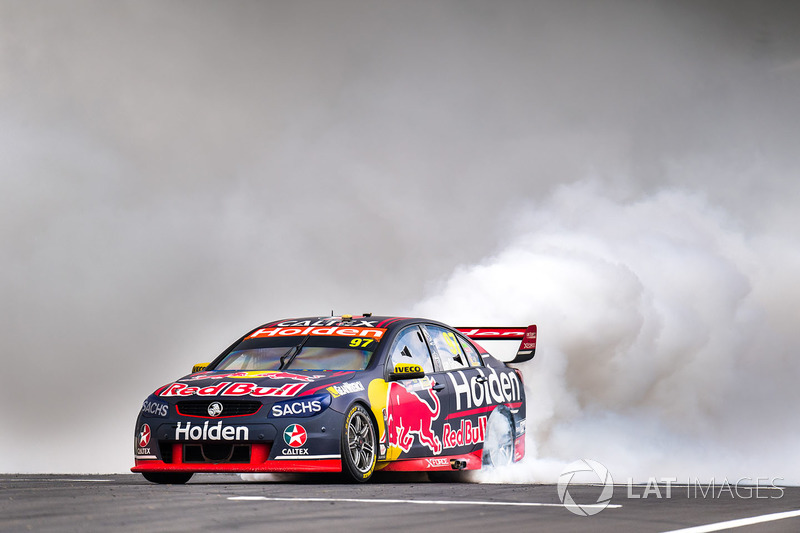 It was a tough title defence for Shane van Gisbergen.

Despite a perfect start to the season in Adelaide with a pair of wins, he never truly got himself in the title fight. He was mathematically in the running until Pukekohe, but admitted himself as early as Sandown that his hopes were gone.

It wasn't necessarily a speed issue; he out-qualified champion Whincup on more occasions than not. But The Giz didn't quite have the consistency to mask the pace deficit to the Penske Fords. 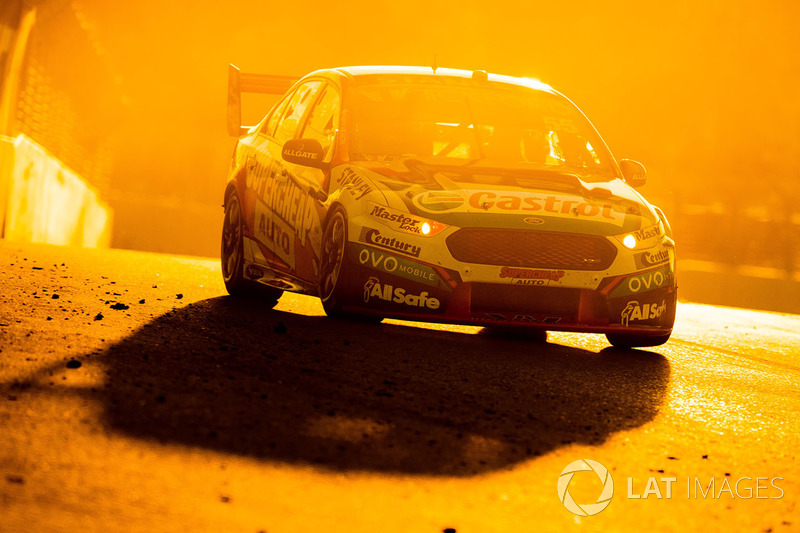 Chaz Mostert was Prodrive's danger man this season, particularly in the early stages when the car speed wasn't consistently there.

Having stepped his fitness up pre-season, his driving followed suit. Being reunited with engineer Adam De Borre seemed to work wonders, and the pair were more often than not PRA's best hope against Triple Eight and Penske.

PRA made some impressive gains in terms of car speed with some crucial pre-Sandown upgrades, and could genuinely be contenders next year. The prospect of Mostert really sinking his teeth into the title fight next year is mouthwatering. 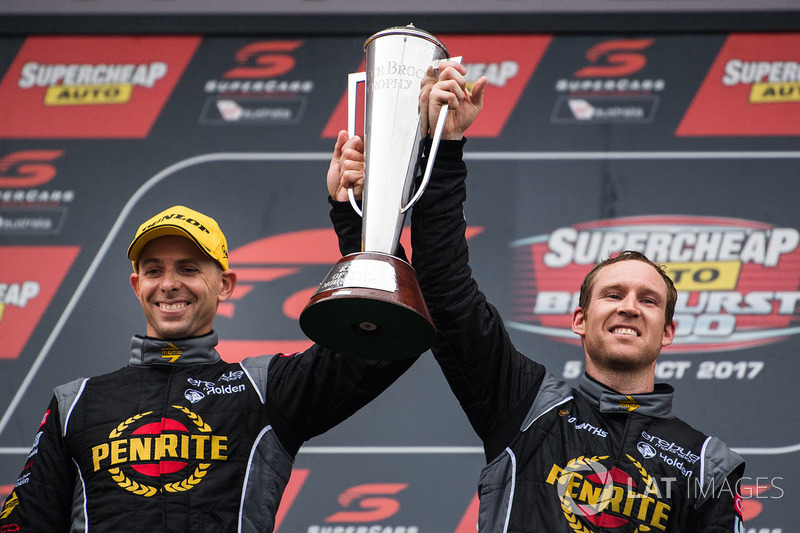 What a massive turnaround its been for David Reynolds. At the end of 2015 he was dumped by title winners Prodrive Racing Australia, and after not taking the safe option of a Brad Jones Racing seat he was effectively forced into the then-struggling Erebus squad.

It didn't look like a shrewd career move. But that's exactly what it's turned out to be.

Reynolds and his oddball personality are a perfect fit at the unconventional Erebus team, and the decision to dump the Mercs, build some Commodores, and set up a smaller shop in Melbourne has proven to be inspired.

The Erebus Commodore is speedy, and with Reynolds – one of the absolute best in the business – at the wheel the results have been impressive.

Winning the Bathurst 1000 without a hint of a fluke is a massive achievement. That's why Reynolds is ranked so high for 2017. 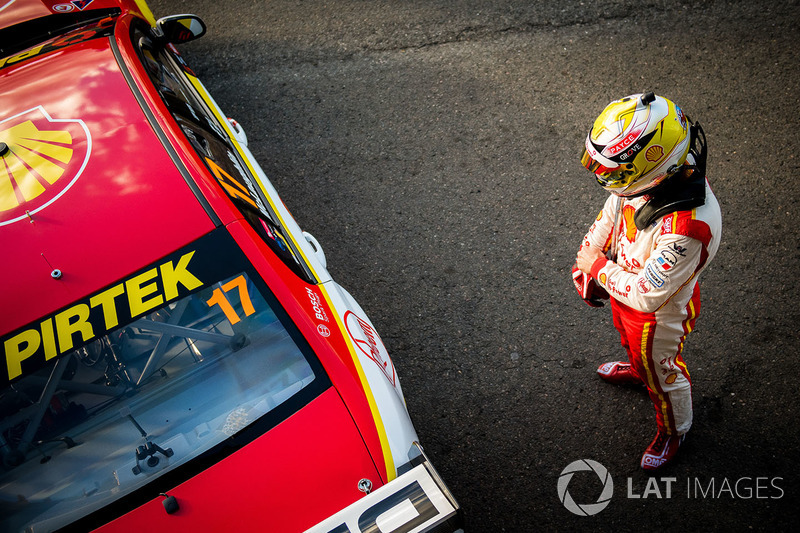 Scott McLaughlin showed us exactly how good he is this season.

There was a bit of a rocky start in terms of settling into life at Penske, and getting used to working with Luco Lacroix – but once it clicked...

McLaughlin's record-breaking qualifying form was unbelievable. He took 16 poles, seven of them in a row. And his Bathurst effort, a 2m03.831s in the Shootout, will go down in Mount Panorama history.

But the issue is his conversion rate from pole was only 50 per cent. Had it been even the tiniest bit better, he'd probably be the 2017 Supercars champion.

That little bit of inconsistency, capped off with that wild finale in Newcastle, cost McLaughlin dearly. He might be hurting right now, but he shouldn't dwell on it long.

He's going to win titles, potentially a lot of them, starting in the very near future. 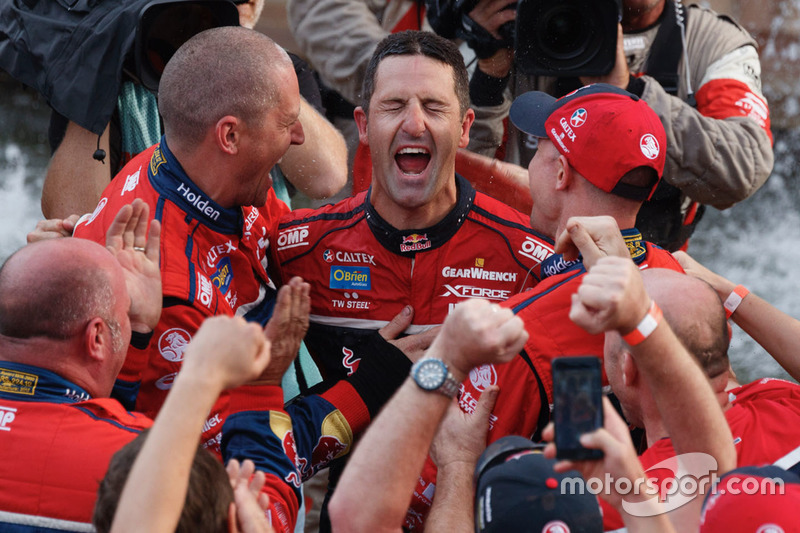 Even if he'd lost the championship, Whincup was still destined for #1 on this list.

It was a sublime season for the now-seven-time champion. It wasn't him at his devastating best; he didn't have the car speed advantage for that. It was him at his tenacious best, like a cricketer grinding out a score in less than ideal batting conditions.

Whincup refused to give up in 2017. He poured so much into the season, including breaking off his engagement before the year even began. He was supremely focussed, stayed calm when the wins weren't quite coming (his first was in Townsville, midway through the year), and was rewarded with a seventh title.

In our opinion, this is the best of the lot.