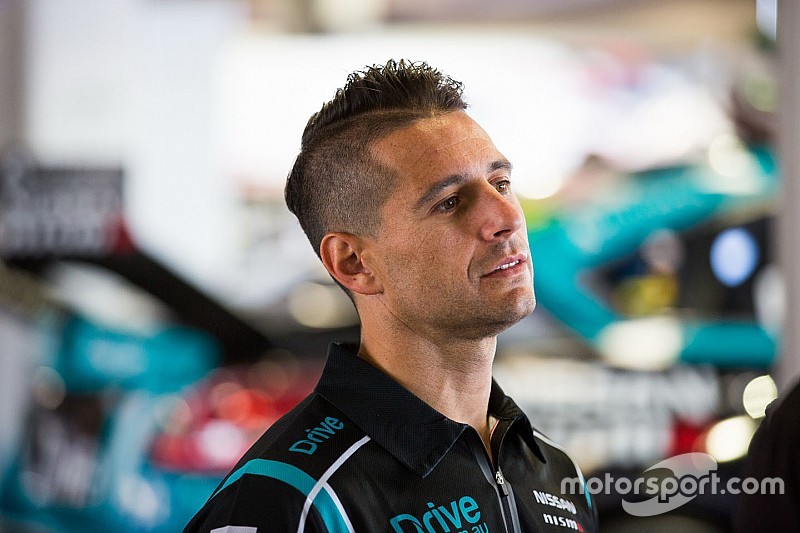 Tickford Racing has confirmed that its signed Michael Caruso for the 2019 Supercars endurance races, however he'll be paired with Cam Waters rather than Lee Holdsworth.

With confirmation that Caruso was out of a Kelly Racing drive for 2019 coming mid last week, the two-time race winner was immediately linked with Tickford in an enduro role.

However it was widely tipped that he'd wind up next to former Garry Rogers Motorsport teammate Lee Holdsworth, who joins the four-car squad for the new season.

Instead Tickford has opted to partner Caruso with Waters in the Monster Energy Mustang.

“To have a career as long as Michael has had, you need to do a lot of things right in and out of the car,” said Tickford boss Tim Edwards.

“He’s obviously been able to do that for a long while and probably deserves more trophies than he’s gotten over the years. Hopefully we'll help him add to that tally this year."

It's the second full-time outcast Tickford has picked up over the last two off-seasons, having recruited James Moffat shortly after he was out of a GRM drive at the end of 2017.

That helped yield the team's only race win last season, Moffat and Chaz Mostert combining to grab a controlled victory on the Gold Coast.

“The nice thing about Michael having his recent experience is we know he can hold his own against the main game guys," added Edwards.

"Last year we brought 'Moff' in a similar situation, and he was sensational, so we’re very excited at the prospect of having Michael on our side.”

Caruso, who raced a Tickford Ford back in his Super2 days, says he's looking forward to partnering with Waters for the three long distance races.

“I’m happy to join Tickford Racing, particularly with the Mustang coming on this year,” said Caruso.

“That and driving with Cam, no doubt it’s going to be a fantastic partnership. We’ve got a great relationship from the past, we both race hard, and we’ll hopefully fight for some great results at this year’s Enduros.

“I wanted to team up with a team, car, and driver where the combination would work well and give us the opportunity to win races, and this is a fantastic place to position myself to do that."

According to the official announcement from Tickford, Caruso and Moffat are the only drivers locked in at the squad for the long-distance races, with Caruso/Waters a done deal, and Moffat highly likely to be reunited with Mostert.

David Russell, who was paired with Waters last endurance season, indicated to Motorsport.com that he's expecting to return in one of the four cars, while Thomas Randle is set to join Holdsworth in the Bottle-O Mustang.

Alex Davison is also in the mix, having earlier been considered a lock to team up with brother Will Davison in the 23Red Racing entry, now run as Tickford's fourth car.