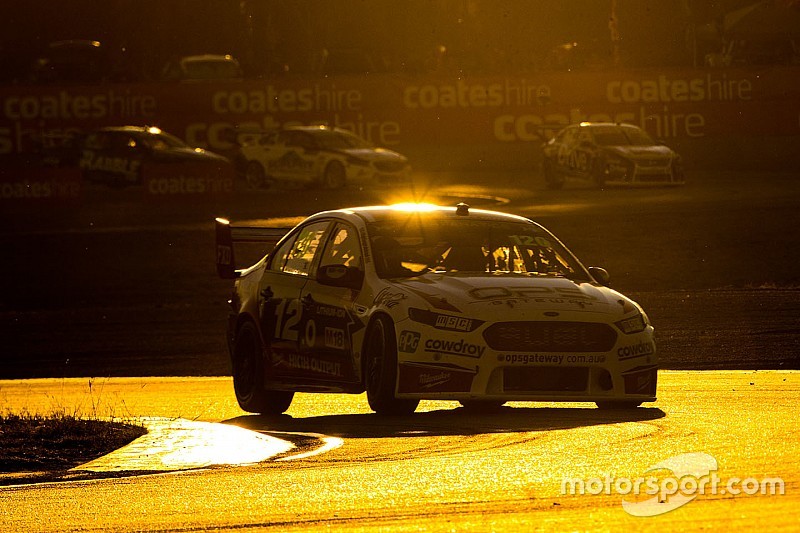 The decision to form an in-house technical alliance with Tickford Racing is a sign of progress for the 23Red Racing squad rather than a failure of its single-car model, says boss Phil Munday.

The 23Red outfit, led by star driver Will Davison, will take its existing customer relationship with Tickford to the next level in 2019, shifting into the fourth-car role with a deal to move in-house to Tickford's Campbellfield HQ.

That effectively means the end of 23Red Racing as a standalone Supercars squad, although Munday is keen to run its spare Mustang in Wildcard events next season.

While the Tickford move for the Davison entry comes just 12 months after team boss Phil Munday completely rebuilt the LD Motorsport team, Munday is adamant it's not a sign of failure for his original vision.

Instead he reckons its the perfect progression for his entry, and a crucial step if a 23Red car is ever going to get out of the midfield and target regular podiums.

"When I came into this, I came in with an open mind as to ‘what would the future look like for me in this sport?’ and I wanted to give it a red-hot go for this year and learn a bit about how it works," he said.

"Halfway through this season, I was thinking how do I get into a better position for the next season, and how much more money do I have to put into it to get to that point – or is there a better way of doing what we’re doing rather than becoming a single-car team, trying to push our way through what we’re doing?

"So I spoke to [co-owner] Rod [Nash] at Tickford maybe mid-year. Because I have an engine deal, I have a technical deal with them, I was talking about ‘is there a possibility of somehow we could push ourselves up into that space there?'.

"It’ll be 23Red Milwaukee Racing still, but we’ll operate as a team of four cars. Those customer deals can work and they have worked in the past, and for me I look at that and think it’s the next progression in what I’m doing.

"I don’t see it as a failure, I see it as a real positive, to actually going into that space to be able to push that next level into where we need to go.

"I think there’ll be more teams that do what I’m doing – I think in the next two years, if not next year – where they think [a technical alliance] is a great way to move forward and to benefit from the collective that’s in that team.

"It's very hard on your own, it’s really hard."

Munday was a key backer of the backmarker LDM outfit, before buying one of the team's Racing Entitlement Contracts at the end of last year to form 23Red.

The other LDM REC went to Tickford, which ironically has this year handed back a REC so that it can incorporate the 23Red car.

According to Munday, the way everything has shaken out this year is a clear sign that he has different goals to LDM owner Lucas Dumbrell.

"I was a lot more hands-on with Lucas than most sponsors have ever been, I guess – but I think the bit I’ve learned out of that, Lucas was, maybe, quite happy to stay around at the back of the pack and just be a part of the circus, not having that drive to get up to the pointy end of the field.

"I’m so driven to get those podiums that it is number one focus of 'how do I get to that next level in our business?' – and that is to win."

Munday added that his core 23Red staff will also make the switch to Tickford.

"I’ve spoken to them all, I don’t think I’ve had any negatives," he said.

"There are a couple saying ‘what about this? What about that? How will this work? How will that work?’, and as I said to them 'this is a progression for you guys as well, you’re going to go from a single-car team to a four-car team that is one of the biggest teams in pitlane and one of the respected brands'.

"Sure, [Tickford has] had their ups and downs this year, but like any business, you regroup, you rebuild, and you get back out there next year."