Tickford Racing wants to know where it stands with Chaz Mostert within the next two months, to avoid a repeat of the Mark Winterbottom saga that dragged on until November last year.

Mostert is the key to what is shaping up as a busy Supercars silly season, the star driver out-of-contract at Tickford and well and truly on the market.

A move north to DJR Team Penske alongside Scott McLaughlin is understood to be the most likely outcome for Mostert, although there have also been renewed links to an overseas deal through BMW's GT programme.

That, however, could be complicated by the brand's impending exit from the FIA World Endurance Championship.

A new deal with Tickford is also not out of the question, thanks to an upswing in form at the four-car squad thanks to the introduction of the Ford Mustang.

According to Tickford boss Tim Edwards discussions with Mostert have already started.

He's also stressed that the next two months will be decisive, as the team looks to avoid a repeat of Mark Winterbottom's exit last year, which wasn't confirmed until November.

"He's the same as us, we want to have this resolved sooner rather than later," said Edwards.

"The next two months are going to be quite important to that process."

Edwards reiterated his stance that Tickford needs to prove to Mostert that it can win him a much-wanted Supercars title, something he missed out on in 2015 thanks to his season-ending Bathurst crash.

Winterbottom went on to claim that year's title from what was a dominant year for Tickford.

"There's all these stories about 'will he even stay in Supercars [or] won't he', so there's a lot of deliberations going on in Chaz's head at the moment," said Edwards.

"Of course we'd love to keep Chaz. But we've also got to prove to him that we've got the goods to try and win a championship, because that's the most important thing for him. It's not dollars.

"We came close with him in 2015, he's got unfinished business. That's the number one ticking box for Chaz, once he makes a decision that he's going to stay in this category.

"We probably don't need any more motivation, but we are pushing hard. There are a lot of changes happening to the car.

"Us, for ourselves, we need to do that, we're not here to make up the numbers. We won it in 2015 and we're determined to win it again.

When asked if he'd rather see Mostert move overseas than to another Supercars team, Edwards added: "That will be his decision. I would prefer that he stays driving for us." 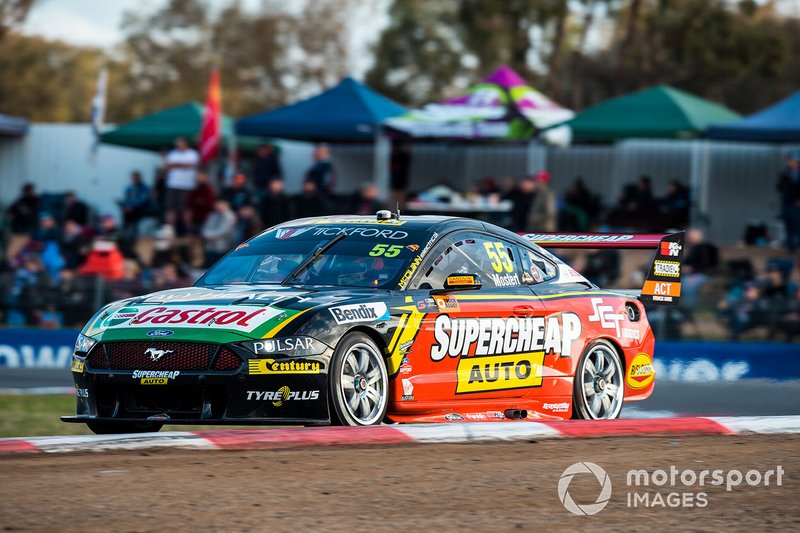 The Bend
Video Inside
Supercars