Tickford won't stop Mostert and Waters racing each other

Tickford Racing won't try and stop teammates Chaz Mostert and Cam Waters from racing each other in the future, despite the pair clashing at the last two rounds. 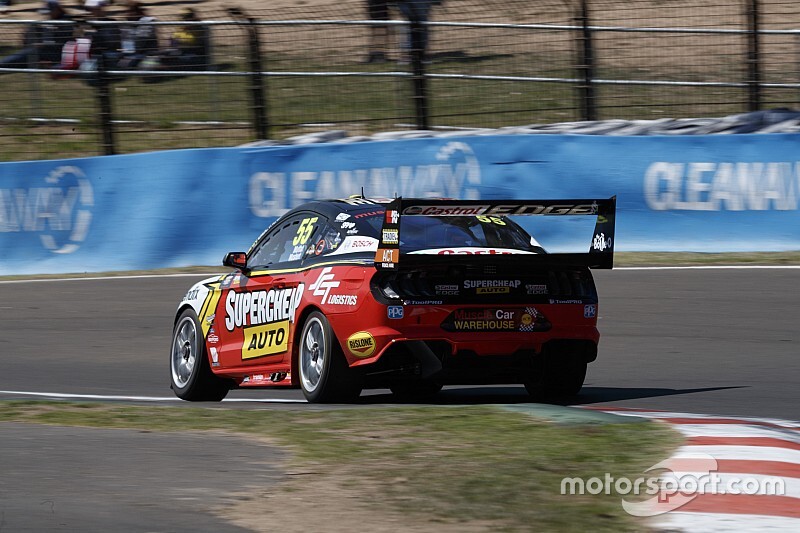 Mostert crashed into Waters in the closing stages of Sunday's Bathurst 1000 while trying to pass him for third place.

The crash left them both in the gravel and out of contention, and came just weeks after a similar run-in at Pukekohe.

But despite being two-from-two in terms of teammate contact, Tickford boss Tim Edwards says he won't implement a ban on intra-team racing.

"No race driver deliberately does that, it’s just a mistake and he recognised it.

"Chaz came and saw me straight after the race. What do you do when somebody admits that they f**ked up? You can’t chastise them.

"If there was a debate about who was right or wrong, that’s probably where you need to sit people down and agree on a position, but if someone just makes a mistake, well then it’s a mistake isn’t it?

"You can’t processes in place as such for that, it was just one of those – he made a mistake and unfortunately took two of our cars out."

With the Mostert and Waters crash and rear brake issues for the Will and Alex Davison entry, Lee Holdsworth and Thomas Randle ended up being Tickford's best finishers down in 10th.

According to Edwards that marks a frustrating end to a promising weekend in terms of car pace.

“We’ve had fast cars all weekend so we should have been on the podium," he said.

"Would we have got on the top step? We’ll never know, but we had cars fast enough to be on the podium so we deserved to be there, and that’s why it’s frustrating for everybody.

"We came here with four cars, all with great speed and great co-drivers and we come away with diddly-s**t."