Former racing driver and team principal Tom Walkinshaw died today, December 12, at the age of 64, after fighting a battle with cancer. He was born at Mauldslie Farm, near Penicuik, Midlothian, Scotland on November 17, 1946. Tom ...

Former racing driver and team principal Tom Walkinshaw died today, December 12, at the age of 64, after fighting a battle with cancer. He was born at Mauldslie Farm, near Penicuik, Midlothian, Scotland on November 17, 1946. 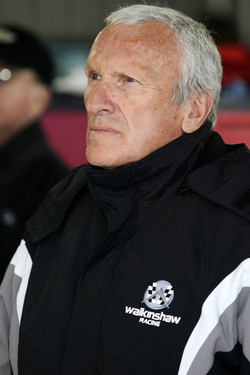 The Scot was a successful racing driver before he became involved in sportscar racing and then in Formula One. He started his racing career in 1968, and won the Scottish Formula Ford 1600 Championship in 1969 for the Hawke team. He moved on to the British Formula Three Championship in 1970 and raced for Lotus and March.

In 1974 his career moved away from single-seater racing when he entered the British Touring Car Championship (BTCC) with Ford; and in 1976 Walkinshaw founded his own team, Tom Walkinshaw Racing (TWR). In 1984 he won the European Touring Car Championship (ETCC) in a Jaguar XJS. After 1988 he retired from active racing and went on to manage his TWR touring car race team, which by then had become very successful.

1988 would be the first year of major success for the team, though, as the Silk Cut-clad XJR-9 entered both WSPC and IMSA GTP. TWR repeated as the WSPC champion, and also added victories at the Le Mans 24H and Daytona 24H. Jan Lammers, Johnny Dumfries and Andy Wallace piloted the Le Mans winner to end Porsche domination at La Sarthe. Earlier that year at Daytona, Lammers was joined by Martin Brundle, Raul Boesel and John Nielsen.

After a less successful 1989 season, TWR repeated the triple in 1990; Nielsen, Price Cobb and Brundle took the Le Mans honours for the team while Davy Jones joined Lammers and Wallace for the Daytona victory.

In 1991 Walkinshaw's career took another turn, as he headed to Formula One, and became the Engineering Director of the Benetton Formula One team. He also introduced Ross Brawn, who had been working on the Jaguar sports car program, to the Benetton team, which ultimately resulted in Benetton winning the Formula One World Championships in 1994 and 1995, with young champion Michael Schumacher behind the wheel. Schumacher would go on to win five further F1 titles. 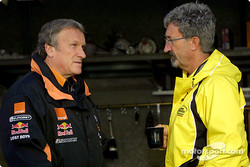 In 1996 Walkinshaw bought a stake in the Arrows Formula One team, and in 1997 he managed to sign Damon Hill, who had been dumped by Williams after winning the Formula One title in 1996. Briton Brian Hart was also employed by the team, and he designed the Yamaha (1997) and later the Arrows-badged engines (1998 and 1999). That same year Walkinshaw won the prestigious British "Autocar Man of the Year" award.

He later bought the remaining shares and became full owner of the Arrows TWR team. In 2000 Supertec supplied the V10 engine, and Jos Verstappen returned to Arrows, and together with Pedro de la Rosa Arrows became a successful privateer team that was surprisingly competitive.

In 2001 de la Rosa was replaced by Enrique Bernoldi, and the Supertec engine was replaced by the Asiatech V10 engine, but Arrows were no longer competitive. In 2002 things took a turn for the worse, technical problems forced them to retire from many races, Arrows ran out of money, and at the end of the summer the Arrows team finally collapsed, after a 24-year presence in Formula One.

But the Arrows story doesn't end in 2002, as the intellectual property rights for the Arrows chassis were later bought by Paul Stoddart, who was leading the Minardi team at the time. Incredibly enough, in 2006 Aguri Suzuki acquired the 2002 Arrows chassis and after some modifications they were the base for the SA05 and SA06 cars the Super Aguri Team Formula One team utilized during the 2006 Formula One season. 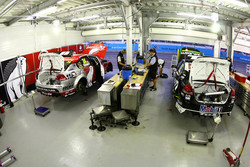 The Australian operations of TWR were taken over by General Motors' Australian subsidiary, Holden, which passed this down to its customer teams, Holden Racing Team and HSV Racing Team. In 2005 Walkinshaw founded a new operation in Australia, Walkinshaw Performance. Running the cars for two of the two Holden teams mentioned earlier, Walkinshaw was back in his element.

How Dumfries’s Lotus F1 dream turned into a nightmare

Dyson Racing heads to home track with memories of their past