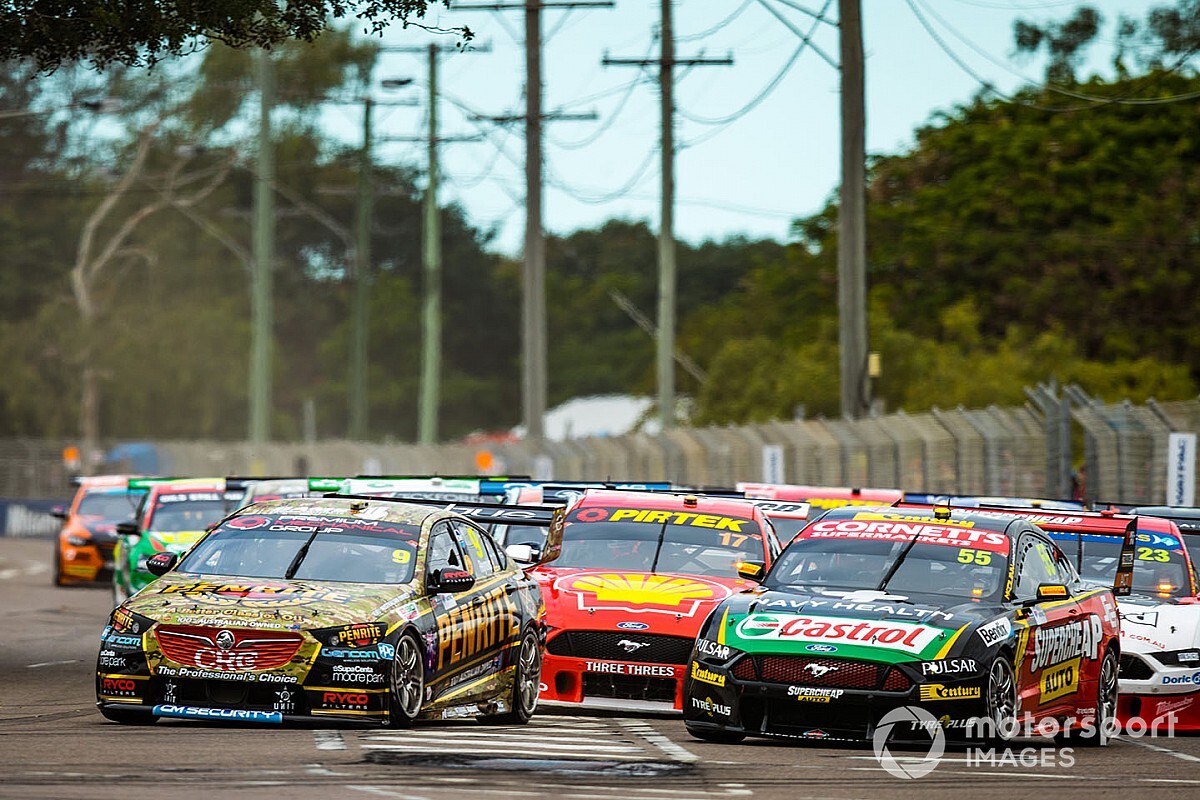 Supercars has officially confirmed there will be back-to-back rounds on the Townsville street circuit starting at the end of this month.

As widely expected a second Reid Park round will be held a week after the first, which means racing in Far North Queensland on the August 29-30 and September 5-6 weekends.

Both events will be staged over three races, a first in Townsville since 2014, however tyre allocations are yet to be determined.

There won't be any concerts, but there will be support categories. The first of the two legs will feature the North Queensland SuperSprint class, aimed at local competitors, and an exhibition class known as 'Townsville Tin Tops' for Carrera Cup cars, Sports Sedans, MARC cars, Super3 cars and more.

For the second weekend the popular Hyundai Excel series will join Supercars on the bill.

Ten thousand fans will be permitted per day at both events, however tickets must be pre-purchased, with gate sales banned.

“We’d like to thank the Queensland Government and Townsville City Council for supporting this concept which allows Supercars to race at one of our favourite circuits on back-to-back weekends,” said Supercars CEO Sean Seamer.

“Two weeks of racing in Townsville allows us to maximise exposure and competition during the key northern leg of this year’s championship.

“Supercars would like to thank drivers, officials, team personnel and their families for their continued support of this year’s championship during these times.”

As it stands this will be the third consecutive double-header for Supercars, following a pair of outings at Sydney Motorsport Park and the upcoming pair of Darwin events.

The timing of the Darwin swing, however, remains up in the air after the first leg was pushed back a week due a change in Northern Territory border restrictions.

With the Bathurst 1000 firming as the season finale, it could be that a fourth double-header at Queensland Raceway is added to the schedule for September.

In other Townsville news, the event has locked in major backer NTI for the next three years, starting with the first leg of the double-header.

The deal effectively locks Townsville in on the schedule until 2022, amid a period of uncertainty over street circuit events in a post-pandemic world.