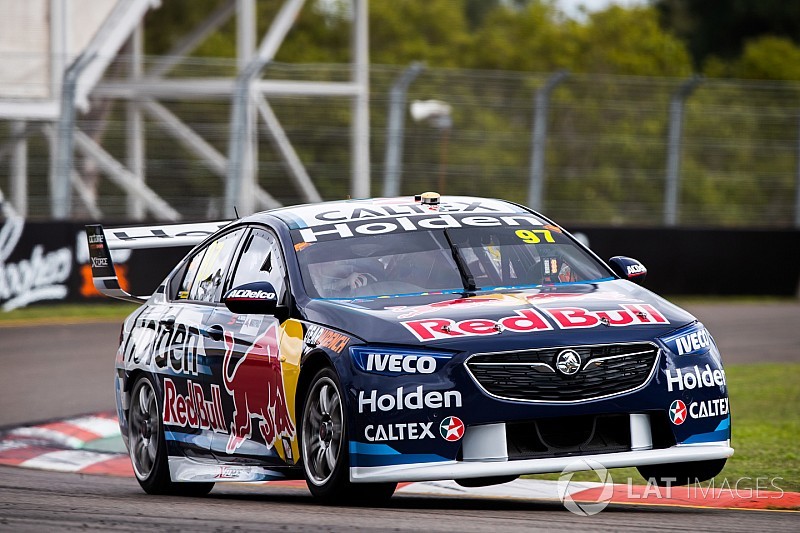 The Kiwi, who ran last after going quickest in regular qualifying earlier today, was dominant in the single-lap battle for pole, ending up more than two-tenths clear of teammate Jamie Whincup in second.

“All three of us were in the Top 10 and just privileged to drive these cars.

“The car was amazing on that lap. I drove it quite smoothly, it was hooked up.”

Whincup came out of the Shootout in better shape than when he went into it, jumping up a spot compared to his qualifying position.

That was thanks to Scott McLaughlin showing uncharacteristically poor single-lap pace, running second-last in the Shootout but managing just the seventh-best time.

Rick Kelly also profited from McLaughlin's plummet through the field, the Nissan driver third quickest in the Shootout, while David Reynolds went quicker than he did in regular qualifying to go fourth fastest.

“I was a little bit happier than qualifying, the car was obviously trimmed up a bit better,” he said.

“If I had my time again I probably would have broke fractionally later at the last corner. I probably lost a tenth or half a tenth there, which would be enough to jump Rick, but the rest I had no chance.

“Those Triple Eight cars are very fast weekend. Hopefully we can tune our car up for the race, because yesterday ours was a bit of a pig.”

Will Davison was fifth quickest, while Craig Lowndes made up two spots compared to qualifying and will start on the outside of the third row.

McLaughlin will start on the fourth row next to Nick Percat, with James Courtney and Scott Pye both losing ground in the Shootout and locking out the fifth row.