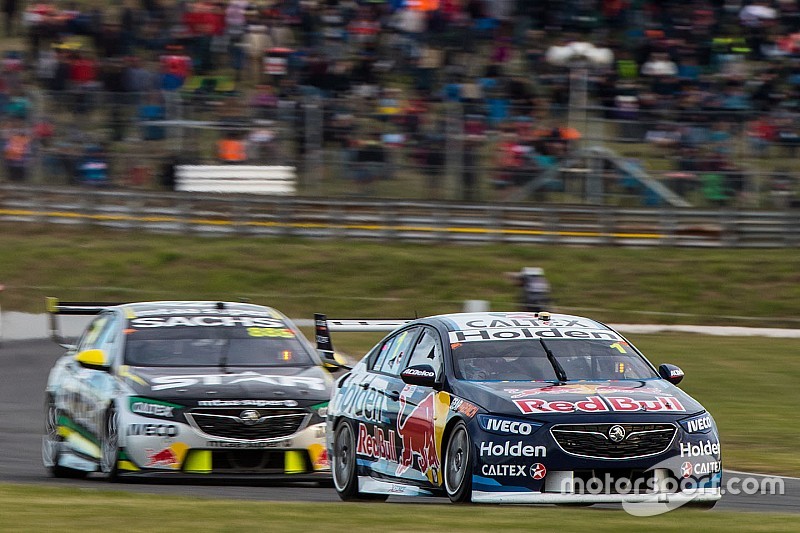 Triple Eight boss Roland Dane has confirmed that his team will run just two Holdens in Supercars next season.

The powerhouse squad expanded to three cars back in 2016 to make room for Shane van Gisbergen, who joined the existing driver line-up of Craig Lowndes and Jamie Whincup.

With Lowndes retiring from full-time racing at the end of this season, it was understood that T8 was looking to lure Simona de Silvestro and her Harvey Norman backing from Nissan Motorsport.

However over the Sandown 500 weekend it became clear that talks with de Silvestro had collapsed, and that scaling back to two cars was the likeliest option for Triple Eight.

That's now been confirmed, with Dane telling Motoring.com.au that one of the team's three Racing Entitlements Contracts is on the market.

“I said I would only run three cars to house Craig. He’s finishing as a full-time driver, therefore the REC is for sale,” Dane said.

“Our third REC is officially for sale. So we’ll go back to the two-car model, which I like.

“I said we would look at keeping it if there was something sensible. But there was nothing else that stacked up and that fitted into the Triple Eight business plan,” he said.

“We haven’t gone out of our way to get backing for a third car. Again, really, the two-car model is the one I like best. That’s why we’re going back to it.

“As I said, we only went to three cars to accommodate Craig. So it’s logical to go back to two with the Red Bull Holden Racing team ZB Commodores for Jamie Whincup and Shane van Gisbergen.”

The leading contender to buy the third T8 REC is thought to be the Kostecki family, which would promote its Kostecki Brothers Racing squad from Super2 to Supercars.

Bamber says Triple Eight 'could fight anywhere in the world'