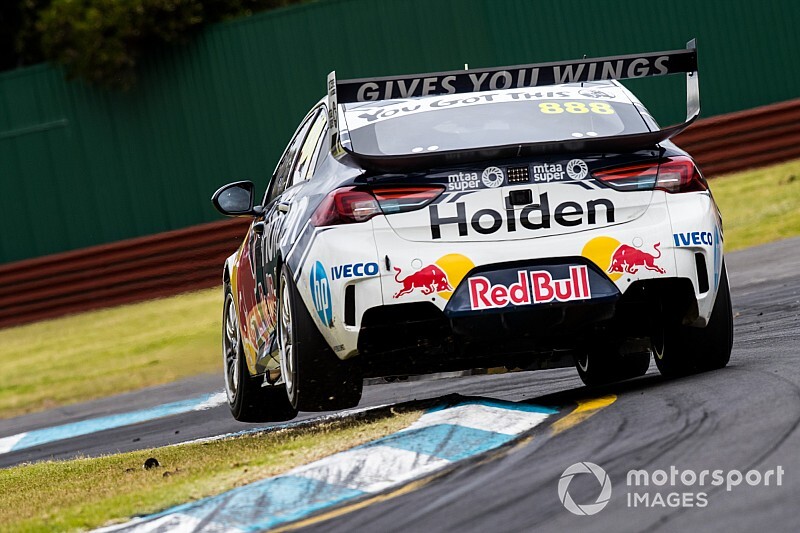 Triple Eight team manager Mark Dutton reckons Supercars should be aiming to cut downforce by as much as 50 per cent for 2020, rather than the 11-13 per cent range being targeted by next week's homologation test.

Despite there not being any new models entering the series ahead of next season, Supercars will re-homologate both the Mustang and the ZB Commodore in a bid to calm parity concerns and improve door-to-door racing.

The plan is to reduce downforce by as much as 13 per cent, with ongoing tweaks throughout 2019 having made following other cars too difficult.

That will be done via a refined VCAT process, which will include the introduction of an active damper system to help measure aero figures at different ride heights – a direct response to the parity concerns raised after the introduction of the Mustang this year.

The VCAT process will kick off Monday at the Oakey Army Aviation Centre in Queensland, with homologating teams DJR Team Penske and Triple Eight running their Mustang and Commodore against Supercars' own FG-X Falcon, which will provide the baseline.

While in favour of an aero reduction, T8 boss Dutton is disappointed that Supercars hasn't taken it further. He argues that as much as half of the downforce to be stripped from the cars ahead of next season.

"You don't necessarily need new parts to be able to do that, you just have to cut some current parts up.

"But, it'll be what we're told it will be. [Supercars] has the tools and the personnel hopefully this year to make it a lot more even."

Supercars, however, is satisfied with what may be the first step of ongoing aero reduction, Head of Motorsport Adrian Burgess confirming that cost containment was a major factor when coming up with the figure.

“We didn’t want to force the teams and manufacturers to spend money completely redeveloping the cars for 2020,” Burgess told the series' official website.

“We’ll be able to achieve the downforce reduction without changing the front bar, the rear wing plane or its endplates.

“Essentially we’ll be putting a wedge in the undertray of the front bar to reduce the front downforce and taking angle off the rear wing to balance it out.

“We’ve already got a very good idea of what we need through the Computational Fluid Dynamics [CFD] work we’ve done with [technology partner] D2H.

“Some time ago we gave the teams the CFD and CAD [Computer Aided Design] data, showing the numbers we need the cars to achieve at the test.”

The testing is likely to run until the end of next week.