Triple Eight team manager Mark Dutton says there is no animosity between its drivers after Jamie Whincup questioned a team orders call in the closing stages in Perth. 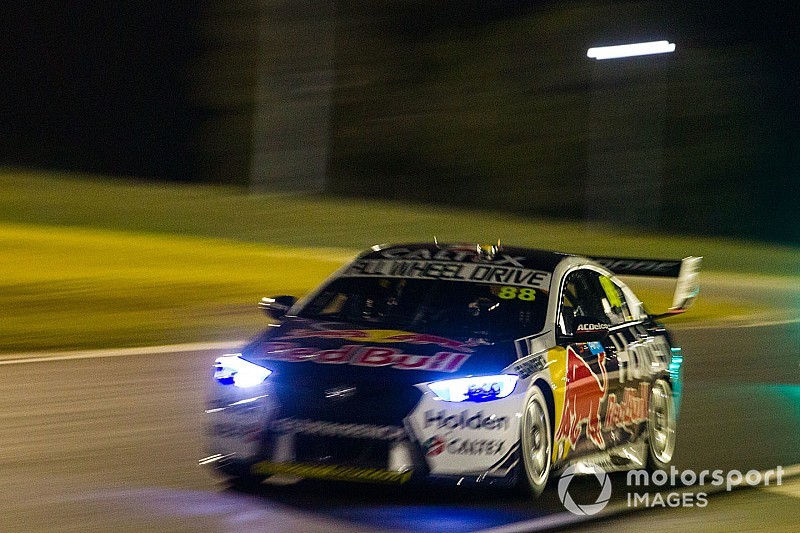 Whincup came under fire from teammate Shane van Gisbergen in the closing stages of the opening night race in Perth, the Kiwi making a late run for the podium after running an overcut strategy.

Whincup, who was sitting in fourth, was told by race engineer David Cauchi to let van Gisbergen through with four laps to go, to give him a shot at running down third-placed Chaz Mostert.

The seven-time champion asked how many laps were left, and after being told there was only four to go appeared to decline the order on the basis that van Gisbergen would never catch the Tickford Mustang in that time.

Whincup: What for, how many laps?

Cauchi: okay, press on, press on.

After that instruction to press on, Whincup and van Gisbergen staged a thrilling dice right to the flag, with the former narrowly holding on to fourth place.

Once out of the car, Whincup confirmed that he held his ground because he didn't think a podium was in reach for van Gisbergen.

"If I thought #97 could get a podium, then I certainly wouldn't have made it as hard," he said. "Pace gets podiums, we didn't have the pace today."

Reflecting on the incident, T8 team manager Mark Dutton said Whincup should have been told van Gisbergen was coming significantly earlier – and that by the time Whincup did get the message, he was right to say that it had come too late.

"The mistake we made is we just thought Shane, at that point, had so much pace he would just walk past J-Dub, so we probably could have thrown the call out there," explained Dutton, who ordered the radio message to Whincup in the first place.

"At that point, when Jamie said it, [the TV] cut to a shot and you looked at the timing and you go 'okay, [Mostert is] too far gone now'. We should have done that two, three laps ago.

"We should have done that, got on the phone early when Shane was three laps away from Jamie so he could indicated and waved him through."

Dutton confirmed that van Gisbergen never asked for Whincup to be moved out of the way, and that there was no animosity between the drivers and/or the team in the aftermath.

"There was no animosity at all," he said. "Shane today put on the set-up from #88, so there's no animosity when they're working so well together."

He also reckons he enjoyed watching his two drivers duke it out in the closing laps.

"[The closing laps] were awesome," he said.

"It was good to have both cars up there on merit, obviously Shane came through with a bit of strategy thrown in there as well. But it was awesome to see them racing.

"We trust them implicitly."