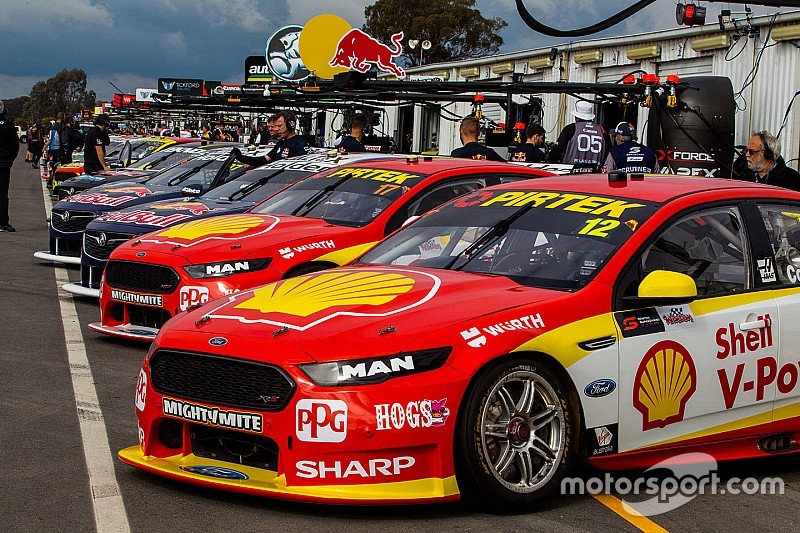 Triple Eight manager Mark Dutton says he underestimated the impact that missing out on the Supercars teams' championship last year would have on his team this season.

While Jamie Whincup won the 2017 drivers' title in dramatic fashion in Newcastle 12 months ago, the two Red Bull Holden entries missed out on the teams' title to DJR Team Penske by 57 points, ending a seven-year streak for Triple Eight.

T8 has hit back strongly this year, though, wrapping up the teams' title with a round to go, thanks to a whopping 681-point gap over DJRTP coming away from New Zealand.

That means regardless of what happens between Shane van Gisbergen and Scott McLaughin in Newcastle next week, Triple Eight will reclaim its spot at the very end of pitlane for 2019.

Having had to play second fiddle in terms of garage order for the first time since 2009, Dutton admits he has a new appreciation of being at the end of the lane.

He says not having that privilege complicates matters for the car controller during stops, a pertinent observation given that Triple Eight was slapped with two unsafe release penalties in one go on the Gold Coast last month.

"It’s [a benefit] that I underestimated to others and maybe didn’t value enough earlier," he said.

"The [benefit] I used to always say is if you get out first for your sessions and all that, but in pitstops, it’s harder for the car controller because now as there can be a car that chops your nose off that you’re not racing against.

"With the density of the pitstops recently, it really hammered home that it’s a factor that we’ll be happy not to think about next year."

Dutton added that having the teams' title done and dusted means all eyes can be on helping van Gisbergen overcome his small points deficit to McLaughlin in Newcastle.

"We can be singular in our focus now, that we just need to get that last championship," he said.

"We’ve ticked the boxes on the others; Bathurst, the Enduro Cup and the teams', now we’ve got to do the final one."

The Supercars rule that can't be enforced