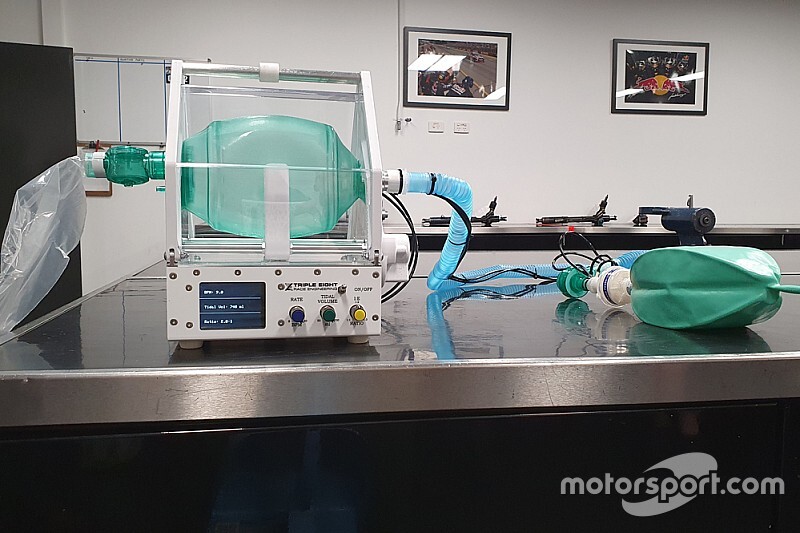 Triple Eight Race Engineering has unveiled a prototype ventilator, as Supercars teams ramp up their involvement in the fight against the COVID-19 pandemic.

T8 began work on its emergency ventilator design once back in Brisbane following the cancelled Australian Grand Prix, with a working prototype developed in a matter of days.

The unit features the ability to regulate tidal volume and breaths per minute, and can also work for at least two hours without a power source.

The design will be open source, while the unit could be put into production if needed.

“As soon as we got back from the Grand Prix, [team boss] Roland [Dane] had the idea to re-purpose our resources in design and manufacture, so straightaway he wanted us to start looking into ventilators,” said team manager Mark Dutton.

“The world is screaming out for them, so we started just doing some initial research the week after the Grand Prix and then started the design work on Friday the 20th [of March].

“One week we’re at the race track trying to go fast and then the next thing the whole world is screaming out for ventilators, so you know, stop in your tracks, do a full 180 and do something completely different.

"[On] Friday we started the design, by Monday we had a working prototype.

“We do want it to be open source so we are going to put it out there. Any information people [have that] can help us to improve the product... snd if we can get other people around the world further with their own designs, or if they can just take this and actually use it, then it’s out there for everyone.”

The Erebus e-Aerosol Box, meanwhile, has reached a crucial milestone in its implementation.

Unveiled yesterday as a joint collaboration between Erebus and Supercars' medical delegate Dr Carl Le, the perspex structure is designed to protect health care workers from contagious patients during intimate procedures such as intubation.

The first 20 units are now ready to be distributed across South Australia, Victoria and Tasmania, with rival Supercars team owner Tim Blanchard chipping in thanks to his CoolDrive automotive business.

“CoolDrive is an automotive parts distribution business with a network all around Australia so we offered to help,” said Blanchard.

“We are starting today. [Erebus CEO] Barry [Ryan] is dropping them off to the main depot and the first lot are going out today to Hobart, Adelaide and Ballarat for doctors to sample.

“We’re an Australian family business and we wanted to do something to help Australians and help another Aussie business get this done.

“Working together, helping each other out, is what it’s all about.”

Erebus has also began working on a second version of the box, with a flat-pack design better suited to field work such as ambulances and the Royal Flying Doctor Service.

“Space is a premium in these situations and beds are smaller than what they are in the hospitals, so we had to make something that would suit their needs and their space restrictions,” Ryan said.

“We now want to get this out to those who need it for trial and feedback.” 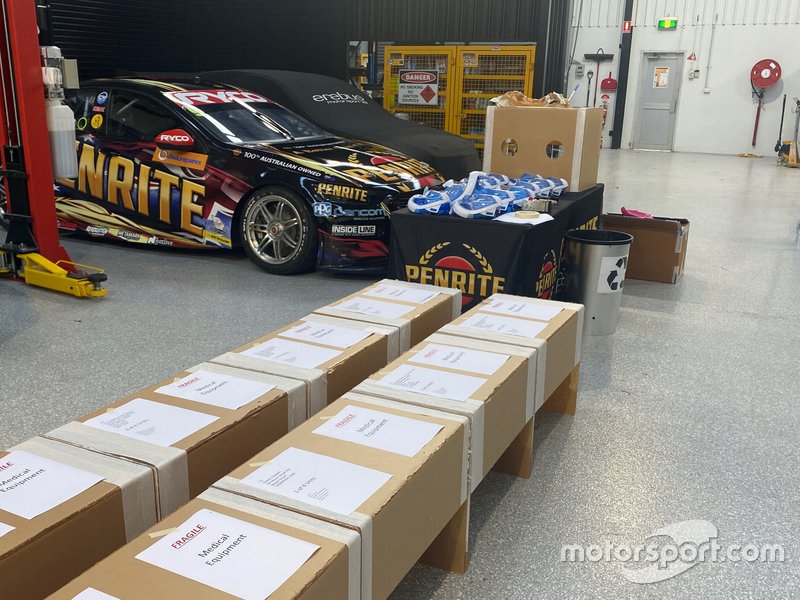