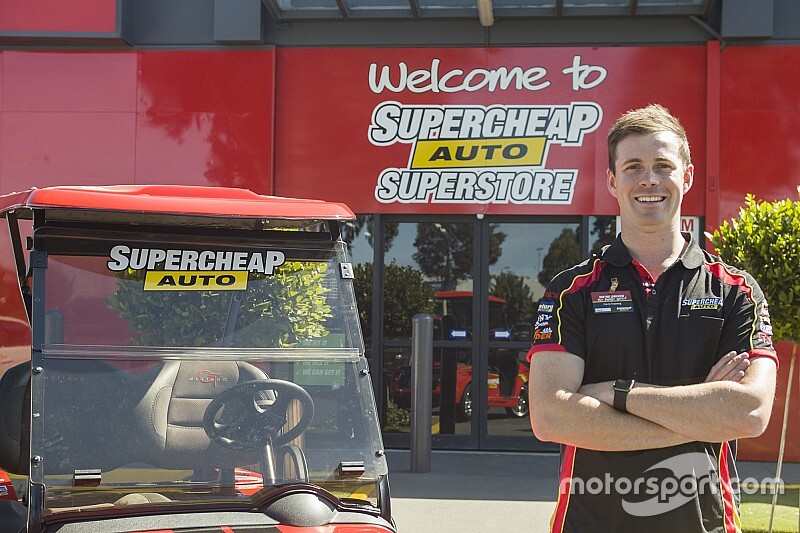 After two tough seasons with the struggling Tekno squad, Le Brocq is facing the most important year of his Supercars career to date following his move to Tickford Racing.

In a bid to ensure he's as prepared as possible the 27-year-old recently returned for a third spell with driver coach to the star Wilson.

There was a key difference this time around, however, with Le Brocq taking his new race engineer White along for the ride.

"It was a good experience having Tim there," Le Brocq told Motorsport.com.

"I didn't meet him until the end of last year. The driver/engineer relationship is a big thing and we get on really well, so it's a good start to the process.

"It gave us both a bit more insight, there was some feedback coming from him and we could bounce things off each other.

"Tim now understands more about me as a driver. He's now got a good understanding of how I drive a car, even through it is a little Opel Astra. And it was just a good chance to spend a few days together.

"We want to make sure we do everything right, that there's no stone unturned. It's a big year ahead and I'm looking forward to the challenge. It's going to be a massive step up in terms of the team I'm with and the guys I'm driving against."

After claiming top rookie honours in his first full season in the top tier with Tekno in 2018, last season proved to be a tough one for Le Brocq.

There were rumbles of a contract dispute and disagreements over older-spec parts being used in the team's ex-Triple Eight Commodore, Le Brocq finishing the season 22nd of the 24 regular drivers in the field.

While the Tickford move will provide his first opportunity with competitive equipment in the main game, Le Brocq is keeping his expectations in check.

He says watching Lee Holdsworth take the first half of last season to properly acclimatise to the Tickford hardware – and rebuild his own confidence after a tough period in his career – showed how important some patience will be on his own journey.

"I'm my own worst enemy for putting pressure on myself," Le Brocq said.

"You always wanted to go out there and be at the front. But I think Lee is a perfect example; he never forgot how to drive, it was all about circumstances. Six months into last year he got comfortable with the team, learnt the car, and got some really top results.

"I guess I'll take a similar approach to Lee. I'll just try and learn as much as I can from the three other guys in the team, because there's no doubt I've got a lot to learn.

"I'm not going into the first couple of rounds with expectations of being straight in the Top 5. If we can snag a Top 10 along the way you'd always take it, but I know it's going to be a massive change and I need to get a little bit of confidence back in myself. It does get knocked for six after a year like that.

"It's hard to predict how it will all play out, but I'm hanging to get into it."