Jack Perkins has revealed that he went as far as using someone else's urine during a Supercars licence medical while trying to hide the fact he had diabetes.

Second-generation racer Perkins was diagnosed with Type 1 diabetes midway through his sensational rookie Super2 campaign way back in 2006, however his condition was kept secret for over a year to avoid the Confederation of Australian Motor Sport stripping him of his competition licence.

For the 2007 season he was promoted to the main game with Perkins Engineering, the team run by his father Larry, but walked away from the seat with two rounds to go.

It was only at that point that his condition was made public.

In a revealing interview on the latest Below the Bonnet podcast, Perkins – now a Walkinshaw Andretti United enduro driver – opened up on his remarkable journey, starting with how he was originally diagnosed as a diabetic.

"I was training really hard, and I started to lose a lot of weight," he said.

"I didn't think much of it, I just thought it was all the training. I dropped to 60 kilos. I was getting up through the night for two or three pees. I was always thirsty; I'd whip into a servo and buy a can of coke, a chocolate milk and a water and down them all before I got back to the car.

"It got to the stage where my eyesight started to get a little worse than normal. So I went to the eye doctor and said 'hey mate I've got Mallala in three days, can you get me some new glasses?' I told him all of this and he goes 'you don't need new glasses, you've got diabetes'. 'Whatever champ, just grab me some glasses...'

"Needless to say that night I was in hospital, my blood glucose level was 36 – you're supposed to be between four and six, and at 40 you're in a coma.

"I was in hospital feeling a bit sorry for myself and the doctor walked in, recognised my old man and he said 'you know you can't race cars with this'.

"I thought 'bugger this, if I don't tell anyone I've got it...' So I grabbed a notepad and started pricking my finger every five to 10 minutes and working out what was doing what and how the bloods worked, and worked it out like I was preparing a race car.

"A day later I checked out of hospital and went and raced at Mallala." 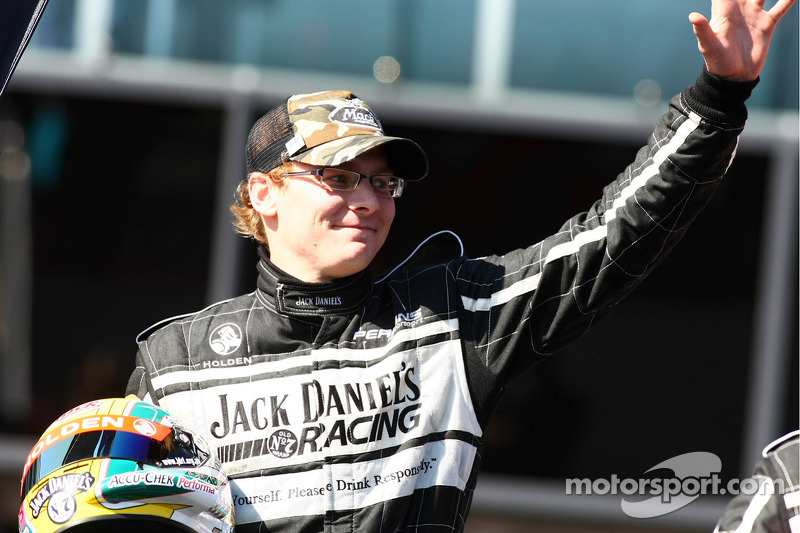 From that point on Perkins had to run an elaborate deception to hold on to his competition licence, including using urine that wasn't his to pass a medical.

"For about 18 months I pressed on and didn't tell anyone," he said.

"For my CAMS licence in 2007 I failed the urine test, and I went and saw another doctor with someone else's urine in my pocket and got my CAMS medical.

"Now we all have to do blood tests. You can thank me for that...

"I was living this big life of privacy where I was having five injections a day, and nobody in the team really knew about it. It was tough, because you wouldn't do an injection in front of someone that didn't know. So you'd sit down to have dinner with someone and go to the toilet twice or whatever.

"I went to get my CAMS licence the next year and instead of ticking the box that said no, I ticked yes. When they said 'well you probably can't race' I said 'well I've just proven that I can, here's how, why'. After four or five weeks of rebuttal from CAMS I put them in a corner and they couldn't really move.

"I'm proud of what I've been able to do, but it's not easy, and it's not something I take lightly."

After stepping down from Perkins Engineering towards the end of 2007, Perkins returned to the team in 2008 first as an enduro driver, and then as a replacement for Shane Price for the final four rounds.

In 2009 he raced full-time for Kelly Racing, which took over the Perkins Engineering entries, before scaling back to enduro duties with Paul Morris Motorsport for 2010.

An enduro stint with Garry Rogers Motorsport followed, a return to the main game not coming until 2014 in the fourth Tickford car.

Since 2015 he's been an enduro driver for the Walkinshaw outfit, winning on the Gold Coast with James Courtney that first season when the squad was still branded as the Holden Racing Team.

Listen to the full interview by clicking the play button below.