V8 Supercars today announces a new ownership structure and a significant capital investment to support the continued development of one of Australia’s fastest-growing sports.

AMRP has strong financial backing to ensure that V8 Supercars remains financially robust and to underpin the sport’s continued growth.

AMRP is supported by Archer Capital, an Australian investment firm with a long and successful track record of supporting and growing leading Australian brands and businesses, with over $2 billion of funds under management. The majority of investors in Archer’s funds are Australian superannuation and pension funds.

When the transaction completes, envisaged for late May, AMRP will become the major investor in V8 Supercars Holdings Pty Limited (V8 Supercars).

The racing teams and management will hold the remaining approximately 40 per cent equity interest in V8 Supercars. Until now, the Championship has been jointly owned by the teams (75 per cent) and SEL (25 per cent).

The teams remain absolutely focused on the Championship’s sustained growth and to working with AMRP to that aim.

While terms of the agreement are confidential, the transaction values the V8 Supercars enterprise in excess of $300 million.

Under the agreement with AMRP, SEL will exit the business after successful 14-year tenure as founding investor.

To date, SEL has been pivotal in the growth of V8 Supercars, overseeing all commercial matters including management of media rights and sponsorships, and has agreed to continue to be an advisor to V8 Supercars in the upcoming negotiation of the V8 Supercars media rights.

V8 Supercars is indebted to SEL for its enduring contribution to the sport and is delighted that Tony Cochrane will continue as chairman of the business and retain a significant personal shareholding.

The current V8 Supercars management team will remain in place. 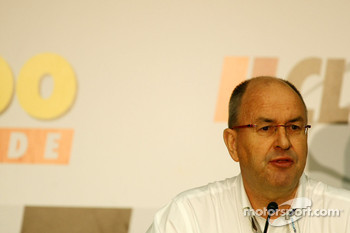 V8 Supercars Chairman Tony Cochrane said: “It has been a fantastic and exciting 14 year journey to date, and this new ownership structure and investment are an exceptional outcome for everyone who loves this sport. Everyone in V8 Supercars should be immensely proud of the business and the sport that has been created. For my part, I am most proud of the nearly 1,600 jobs that are now contained within V8 Supercars. I have been asked and have agreed to continue with my role as both chairman and full voting board member as I see the coming years as the most exciting and most dynamic in V8 Supercars’ history.”

Andrew Gray, Director of AMRP, said: "We are highly impressed by the significant growth V8 Supercars have achieved over its history and determined to provide all the support required to develop both the V8 Supercars business and the category as a whole. There are tremendous opportunities to further grow the sport and V8 Supercars brand, and AMRP will actively support the management team in executing its plans. AMRP is excited to be investing in a sport that is an established part of the global motorsport landscape and revered by millions of fans. Custodianship of that support base is the most vital task for the business and we are committed to partnering with the racing teams and V8 Supercars management to continue to deliver outstanding Championship events."

Roland Dane, Managing Director of Triple Eight Race Engineering and V8 Supercars board member, said: “The teams remain absolutely focused on the Championship’s sustained growth and to working with AMRP to that aim. We will all continue to support V8 Supercars as management works to further enhance the racing calendar, including introducing new events, and to provide a Championship of the highest calibre for our on track fans and TV viewers alike. Our Car of the Future programme remains firmly on track and will commence with the 2013 season.” 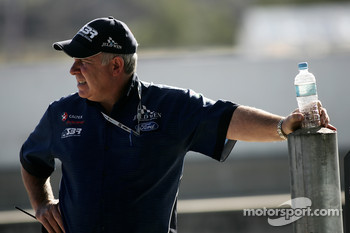 Ross Stone – Co-owner of Stone Brothers Racing, one of the competition’s most successful Ford teams over the years and also a founding V8 Supercars team – added: “Today is a particularly poignant moment for V8 Supercars and for all the teams who have put their heart and soul into making this a world class Championship – loved by fans in Australia and, increasingly, around the world. With AMRP on board, V8 Supercars is poised for new and exciting developments, and I am thrilled to be part of it.”

James Erskine, CEO of SEL, said: “V8 Supercars has been a success story of mammoth proportions over the last 14 years, the culmination of hard work and ingenuity of hundreds of people. However, it would not have happened had it not been for the vision and drive of Tony Cochrane and the unwavering professionalism, sporting brilliance and sheer guts of the teams. SEL is sad to leave the V8 family, but happy it is in good hands and we will always be there for help, advice and guidance when asked. Good luck to all of you, you deserve it.”

For the 14 Championship events in 2010, an average of 470,000 viewers in the five mainland capital cities watched Sunday races, with a further 280,000 viewers in regional areas. The most-watched race, the Supercheap Auto Bathurst 1000, attracted an average audience of 1.05 million metro viewers and an additional 660,000 in regional Australia. Across the season as a whole, V8 Supercars had a cumulative audience of 6.8 million metro and 3.5 million regional viewers*.