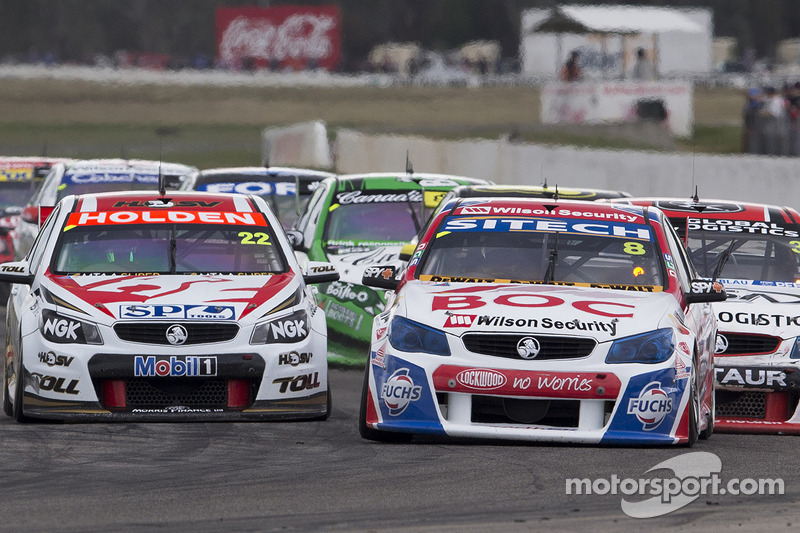 Skaife will continue to play an integral role within the business.

In line with the corporate governance of V8 Supercars, Commission Chairman Mark Skaife announced today that elections would be held for the Chairman and Independent Member positions in accordance with the constitution.

Skaife, the inaugural Chairman of the Commission, further announced that he would not contest the election and declared the Chairman's role vacant following the V8 Supercars AGM.

A new Chairman and independent Commissioner will be appointed in accordance with the V8 Supercars constitution prior to this year's Bathurst event.

Having overseen the introduction of the next generation V8 Supercar and the entry of Nissan, Erebus Motorsport V8 and Mercedes-Benz and Volvo in 2014; Skaife will continue to play an integral role within the business.

"I am enormously proud and honoured to be the very first Commission Chair and of the incredible success of the new generation product which has led to the best racing in history," Skaife said.

"The Commission has worked diligently to guide V8 Supercars through the Car of the Future introduction and in making decisive sporting recommendations to the Board.

"At times there has been robust and passionate debate but that has led to significant outcomes, making the Commission a critical part of the overall Governance of the sport.

"I thank each and every member of the inaugural Commission for their support of me as Chairman; and of the professional and meticulous work it has done.

"I look forward to stepping up within V8 Supercars in a broader strategic and business development role to assist James and the Board through the next stage of growth."

V8 Supercars CEO James Warburton said Skaifes' tireless contribution had been invaluable and that he would assume the role of Strategic Business Development and as an advisor to the Board.

"Mark's contribution as Commission Chairman has been exemplary," Warburton said.

"I have asked Mark and I am delighted that he has accepted the role of Strategic Business Development and Board Advisor. He continues to be a major asset for the sport in this role."

Brad Jones, V8 Supercars Board Director and Commissioner, said Skaifes' experience and commitment to the position had set the tone for the next Chairman.

"Mark has been instrumental in leading the commission and guiding the sport through some key decision making processes," Jones said.

"On behalf of the Commission I thank Mark for his outstanding contribution. Equally, I am delighted that he will continue to lend his vast knowledge to the sport."