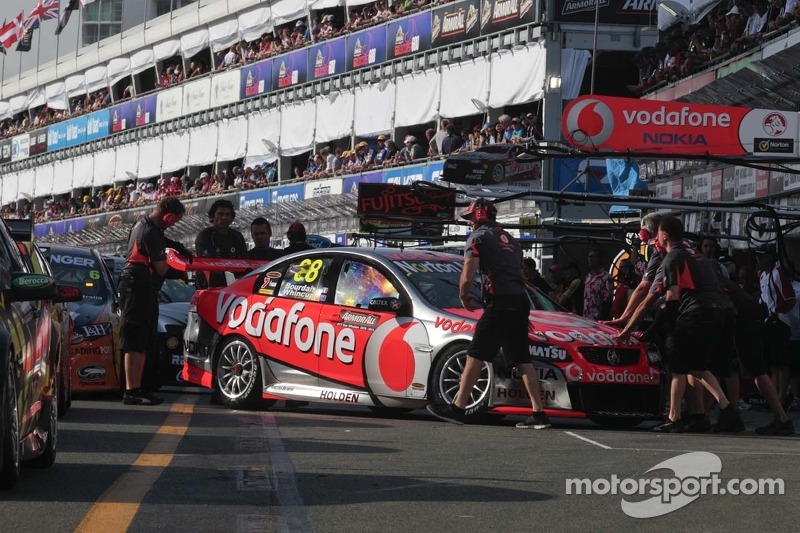 The first day of on-track action in the 2011 Armor All Gold Coast 600 has kicked off with some fierce competition between both the regular drivers and their international co-drivers on the Surfers Paradise Street Circuit in Queensland today.

Championship front-runners Jamie Whincup and Craig Lowndes were never out of the top three throughout the day's practice sessions and neither were their international counterparts Sebastien Bourdais and Andy Priaulx; with both cars ensuring that Team Vodafone dominated the day.

The following three practices saw Team Vodafone secure one-two finishes with Whincup and Bourdais managing to keep championship leader Lowndes and his co-driver for the weekend Priaulx at bay. 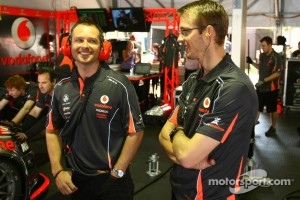 Jamie Whincup was keen to praise his co-driver and the car at the day’s end, he said, "for me the car was good today, Seb did a good job in practice two and three, it really set the car up and it was just up to me to fine tune it at the end."

Teammate Sebastien Bourdais echoed Whincup’s thoughts, "it’s been a great day for Team Vodafone and a great day for me," said the Frenchman, "I really enjoyed driving the car, it’s been very consistent, it’s very easy to drive so I could build up my confidence pretty quickly."

"Jamie as usual was very fast, and I am doing the best I can to help him score as many points as possible tomorrow."

Internationals Ryan Briscoe in one of the Toll HRT cars and Fujitsu Racing driver Simon Pagenaud made impressive runs to round out the top three spots in practice two and three for the day.

While Trading Post FPR driver Will Davison flew the Ford flag in practice four, finishing in third for the final practice of the day behind cars 88 and 888.

The supporting categories also put on a show with the Formula Ford series leader Cameron Waters putting himself on pole position for the first of tomorrow’s races, qualifying second and third were Garry Jacobson and Liam Sager. 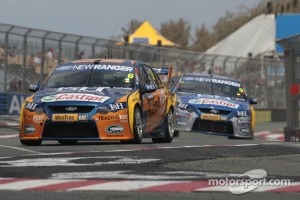 Crowd favourite, the V8 Utes category roared around the track in qualifying, with local driver Ryal Harris, Chris Pither and Ryan Hansford posting the best results of the session.

The Touring Car Masters Series was the only category to start official racing today, with John Bowe and Jim Richards mirroring their qualifying session with their 1-2 finishes, and Gavin Bullas followed the pair in third closing out the top three in race one.

As the drivers prepare for tomorrow's racing, music fans are gearing up for the first night of the 600 Sounds concerts with headliners Bliss N Eso supported by some of Australia’s best hip-hop talent including Drapht, Bag Raiders, Illy, Tonite Only and The Potbelleez.