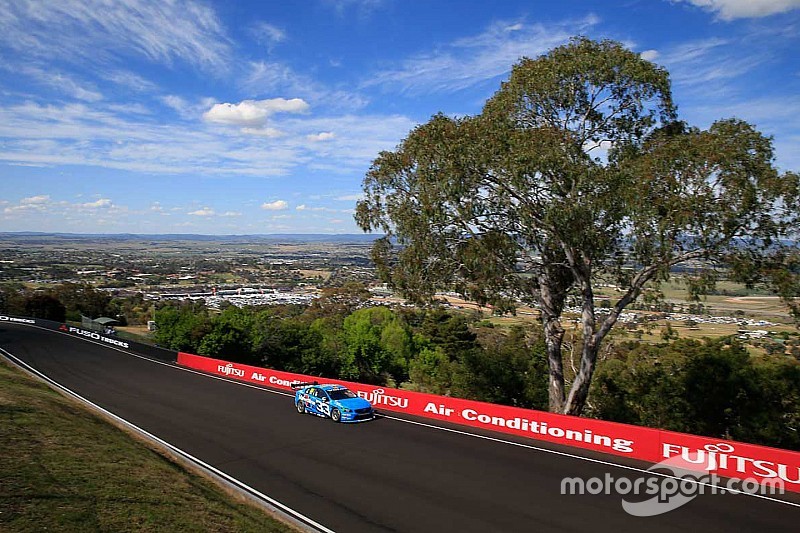 A final drive change that could see V8 Supercars hitting 300km/h at Bathurst this year has been approved by the category.

According to the category’s official website, a taller final drive has now been approved for both the Sandown and Bathurst endurance races.

And that could mean that for the first time – officially, at least – a V8 Supercar will reach 300km/h down Conrod Straight at Mount Panorama.

Currently, the cars top out between 295 and 298km/h, hitting the 7,500rpm before The Chase in favourable wind conditions. With a slightly taller final drive, and no head wind, 300km/h could well be achieved.

“To see drivers break the 300km/h barrier as they charge down Mount Panorama will be exciting for fans and drivers and add another dimension to what is already one of Australia's biggest sporting events,” V8 Supercars sporting and technical director David Stuart told v8supercars.com.au.

“It will also provide additional passing opportunities at the end of both Mountain Straight and Conrod Straight and only add to the excitement of the race.

“Another benefit is that there should be less wear on the cars as they won’t be hitting the limiter as hard or for as long at the end of Conrod Straight.

“The change is a win all round.”

Mack Trucks to back Moffat Nissan at Sandown