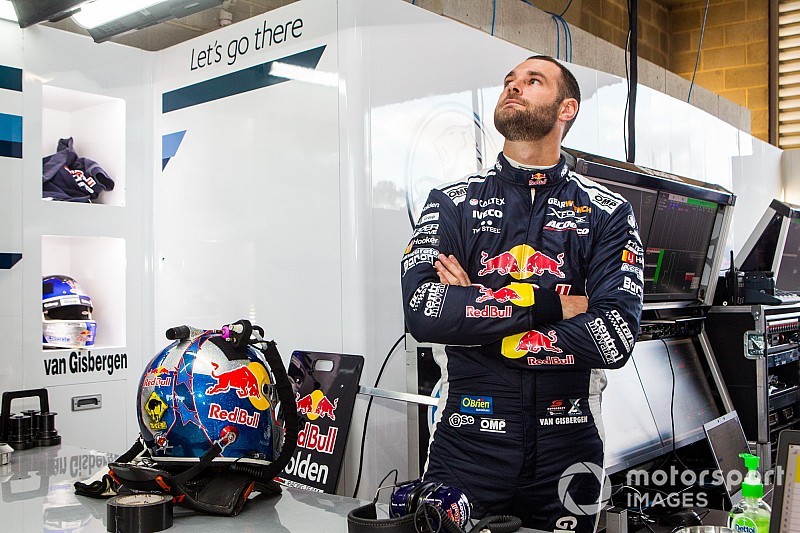 Shane van Gisbergen is expecting to have his fifth Supercars co-driver in as many years in 2019 – and he's hinted that it won't be Craig Lowndes.

With a clash between the Petit Le Mans and the Bathurst 1000 likely to rule Earl Bamber out of a return for the Supercars enduros next year, van Gisbergen has admitted he's likely to be in need of a new partner once again for the long-distance races in 2019.

It would mean five partners in five years, having been through Jono Webb, Alex Premat, Matt Campbell, and Bamber over the last four Seasons of Endurance.

“Unfortunately, as the Supercars calendar the last two years, it conflicts with every single big race in the world – it sucks," said van Gisbergen.

"And unfortunately, it conflicts with Road Atlanta 10 Hour next year, so it’s going to be tough to get Earl back."

The only ray of hope of a Bamber/van Gisbergen reunion in 2019 is if Porsche decides to take Bamber off the IMSA beat, with the two-time Le Mans winner yet to have next year's plans locked in.

“I have no idea what I’m racing next year, we’re not told until roughly December, so I’ve got no idea whether I do WEC, IMSA, what I do," said Bamber.

"I have to find that out in the coming weeks. I'm going back to Germany to have a few meetings next week, so I might find out then.

Should Bamber be ruled out as expected, and van Gisbergen needs a new partner, he's already hinting that it won't be Lowndes.

The veteran superstar is set to scale back to a co-driver role next year, and is widely expected to team up Jamie Whincup.

According to van Gisbergen, that would potentially open the door for Campbell to return, while teaming up with reigning Bathurst 1000 winner Steve Richards – out of a drive thanks to Lowndes' full-time retirement – is also possible.

"I mean, it would be perfect for the team and the nostalgia of it all for Craig and Jamie to be together, and I don’t know what [Paul Dumbrell] is going to do," said van Gisbergen.

"[Richards] Wouldn’t be a bad guy to put in, but I’d love to have Earl back and probably Matty Campbell will be at the top of that list.

"We’ll see what his calendar does. [Campbell] did a ripper job for us last year. '

"It’s been really tough trying to hang onto a co-driver, I get along well with them, but they seem to be leaving for different reasons."

With a Lowndes/Whincup pairing the logical choice, it seems more and more likely that Dumbrell has competed in Supercars for the last time.

Having shown little interest in putting himself on the co-driver market, Dumbrell strongly hinted after Sunday's non-event that he could hang up his helmet.

That could spell an unceremonious end to what's been a stellar Supercars career, Dumbrell having slid into the wall while trying to brave damp conditions on a slick tyre.

“It’s a pretty disappointing way to go out, to be honest," he said after the shunt.

“We’ll see what happens. I would have liked to have finished on more of a high, like we do every year, but it’s not to be this year.

“It has been good and I’ll reflect on it one day and say I’ve enjoyed the times, obviously we’ve led a few races along the way, but we’ve all got to retire one day, don’t we?”