Shane van Gisbergen says he "felt like a punching bag" in the final Supercars race at Albert Park, as his team revealed brake problems caused his clash with Fabian Coulthard.

The Kiwi ran fifth for the first lap-and-a-half of the race, before tangling with Coulthard at Turn 13 after short-cutting through Turn 12.

Seemingly slowing to avoid getting an advantage from the short-cut, van Gisbergen then locked both his right-front and rear tyres on the way into the corner, escorting Coulthard down the escape road.

He managed to continue himself, but was swamped and dropped back to 14th, complaining of contact from other cars over the radio.

A 15s post-race penalty for the Coulthard contact then left him 22nd in the final results.

According to van Gisbergen, it capped off a "horror" weekend that also included an engine failure in the first race, and a lost wheel in the third race.

"That was the end of a horror weekend on our side of the garage," he said.

"I felt like a punching bag in that race.

"I was supposed to then settle into the race to see if we could improve the car but everyone else had other ideas. It’s a real shame finishing almost last, but we need to move on and be better.”

"Because we lost the wheel yesterday we had to change more brakes than you otherwise would," he said.

"Usually a seat of rear discs and pads will do a whole weekend. When you have to put fresh ones on just before a 13-lap sprint, it takes three or four laps – maybe around here two to three – to get normal balance back, and that caught us out.

"From what he said over the radio, it was the first decent time he'd jumped on the brakes. And with all of the brake changes we did overnight, the brake balance and bias just wasn't where he thought it would be.

"You're adjusting the brake balance and bias to where you think it'll be. But when you're changing components, until you give it a proper stop you don't actually know what you've got."

Coulthard, who could only recover to 15th, said he discussed the incident with van Gisbergen after the race.

"We're going to be in with a good battle with Shane all year, and I expected a little bit more from him.

"I went and saw him afterwards, he explained his dramas that he had – I didn't realise he was all locked up and out of control by the time he hit me."

Coulthard has come out of the weekend sixth in the standings with a 130-point gap to his DJR Team Penske teammate Scott McLaughlin, while van Gisbergen has a 175-point deficit down in 11th. 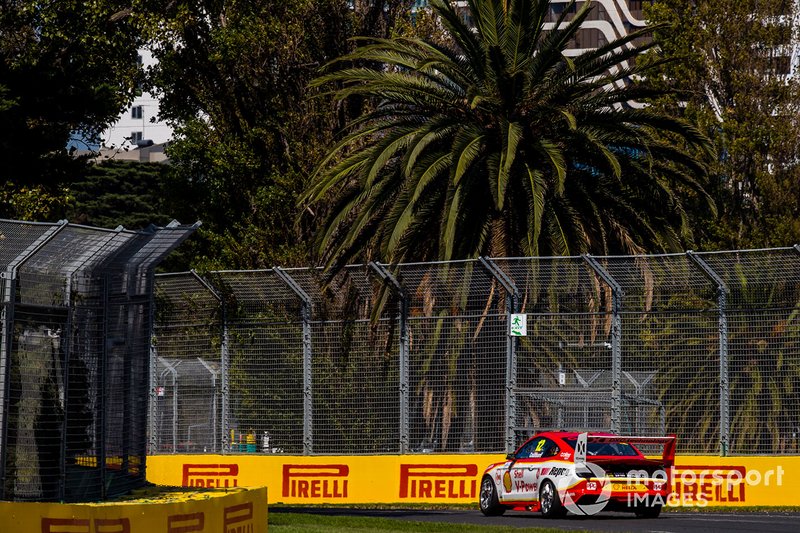 McLaughlin glad to talk with Waters after bizarre shunt

Supercars: DJR confident McLaughlin will return for the Bathurst 1000