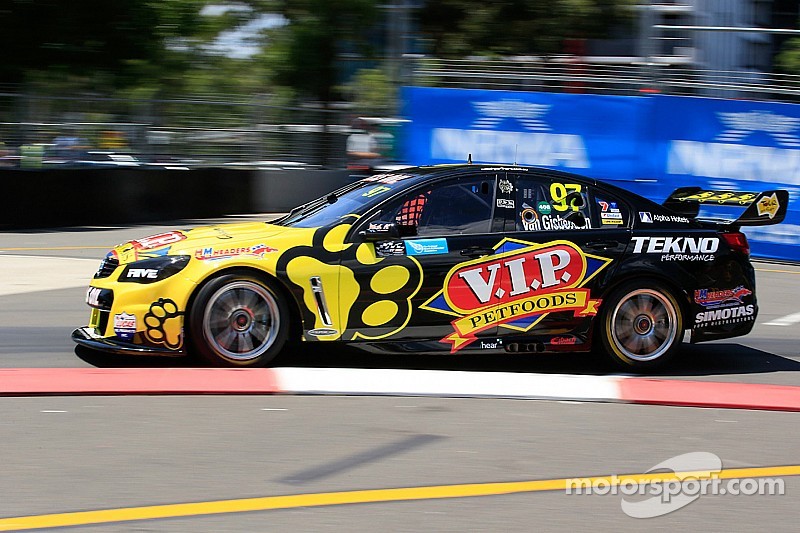 What started off as another day at the office for the V8 Supercars Series soon became a storming mess. Although some great racing was going on up until the red flag was waved, the rain continued to fall in droves and eventually, the officials made the call to abandon the race and Shane van Gisbergen was pronounced the winner. Additionally, SVGs win moved him up to second in the championship passing Mark Winterbottom who finished out the troubling race in 19th.

Winterbottom had a rough start despite his fifth place spot on the starting grid. Heading into Turn One, ‘Frosty’ made contact with James Courtney and was forced to wait for the field to pass by before re-entering the racing line.

Later in the race, ‘Frosty’ made a costly mistake and found the wall while working his way up the field. This incident put a stop to Winterbottom’s charge and all but guaranteed that he would losing his championship spot to Van Gisbergen.

Moments before the safety car was called out onto the track which ultimately led the race being stopped, Garth Tander was in a hard battle with SVG. Opting to stay out one lap longer as the rain began to fall, Tander popped out of the pits in front of The Gis and looked to be in control of the race.

However, that all changed when Tander made a mistake and locked the wheels. Hydroplaning down the service road briefly, this allowed Van Gisbergen to slip by and assume the lead of the race.

Although the pace car had been called while Tander was in the lead, SVGs pass was legal since Tander was off the official racing surface at the moment of the overtake. The HRT crew was gutted as they witnessed the race win slip away in a single moment.

Marcos Ambrose, who had started in 23rd, proved that he was learning the car well as he finished in 16th in front of Lowndes and Winterbottom.

Jamie Whincup had reason to celebrate as he was officially crowned the first six-time V8 Supercars champion. The Red Bull Racing driver continues to make history and has no plans of slowing down anytime soon.

Although an abandoned race wasn’t the way drivers and fans alike wanted to see the 2014 season conclude, it goes to show that in the world of V8 Supercars, you never know what will happen next.