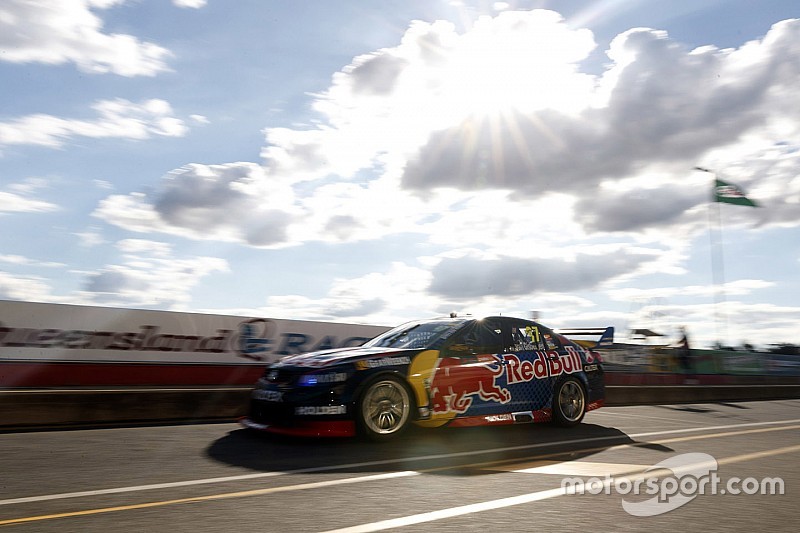 Shane van Gisbergen has taken the blame for the dud pit call that he says “screwed” his race at Queensland Raceway today.

The Kiwi had been battling away on the fringe of the Top 4 in the early stages of the race, before making a long first stop to take on extra fuel.

But he didn’t get to reap the benefits of the strategic gamble, after making a split-second decision to dive into the pits on Lap 35 when he saw Scott Pye fire off at Turn 6 and make contact with the wall.

Having incorrectly assumed it would lead to a Safety Car, the call meant van Gisbergen had to stack behind teammate Jamie Whincup for no reason, which dropped him way back into the pack.

"We qualified fourth which was pretty good and the race started off well. The car felt very promising, but we had no tyre life,” he explained.

“We struggled today when it came to race pace and we ended up where we did. An unlucky call made by me when I saw Scott [Pye] go into the wall and I assumed a safety car would follow, which it didn't. So that saw us double stack, which screwed us up in a major way.”

Van Gisbergen finished the race 12th, and while he is still second in the standings he is now 110 points behind Whincup, and just 10 clear of Mark Winterbottom.

While it ultimately proved to be the wrong call, Whincup said that he admired van Gisbergen’s quick decision-making, a skill he says is vital for drivers.

“Stacking is part of our sport, and it’s been a tough one. It’s been four times we’ve stacked together, me three, Shane one,” said Whincup.

“He thought it was going to be a Safety Car, so he called it himself to come in. You do need drivers making calls, because they can see what’s going on sometimes better than the team.

“He took an educated guess, it was the wrong one today. But the next five or six will probably be the right one. You have to make a call, you can’t be just dumb and turn your brain off and wait to get a direction.

“Unfortunately for him it wasn’t the right call.”