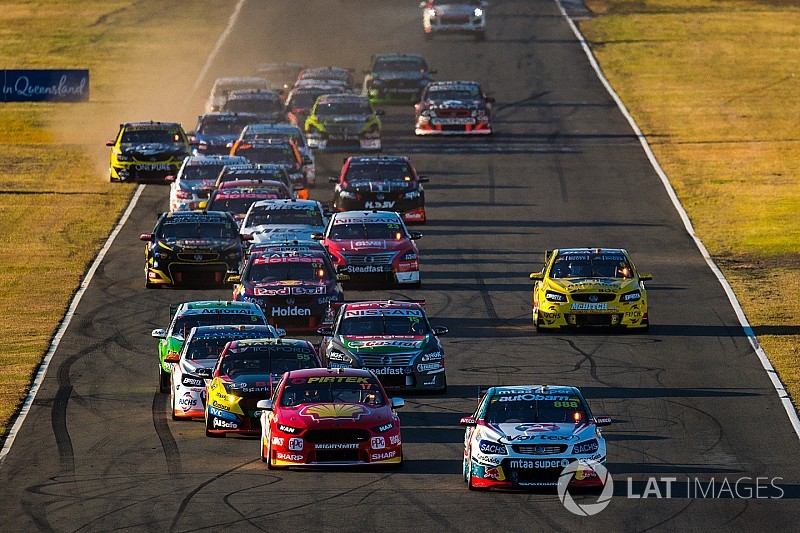 The new Walkinshaw Andretti United squad will look to bring a new manufacturer into Supercars, according to part owner Ryan Walkinshaw.

It was confirmed yesterday that Andretti Autosport and United Autosports have bought into the Walkinshaw Racing squad, forming a new alliance that will look to help return the former factory Holden squad into a winning force.

Part of that push will include a worldwide search for a new manufacturer, something that could see the country’s most famous Holden squad move away from the Commodore bodyshape.

While it won’t be a short-term change, and WR is committed to running the Commodore next season, Walkinshaw says there is absolutely no doubt that the team is on the look for a new manufacturer partner.

“As it stands today, our ideal situation is to continue running Holdens next year – but there will be a renewed focus from myself and Michael [Andretti] to go and search for a new manufacturer going forward,” said Walkinshaw.

“That’s one of our key objectives. It starts putting the search on and the feelers out for a new manufacturer.

“We’ve got some fantastic connections on the road car side of things with a dozen or so manufacturers, very very close with them. Michael’s got the same thing on the racing side in the US as well, with international brands.

“Ideally, together we can go an put a bit search out there and try and find someone. If we don’t get anyone, it won’t be through lack of trying, that’s for sure.”

The Andretti outfit has a number of manufacturer ties around the world, starting with its Honda engine deal in IndyCar. It also runs a Volkswagen programme in Global Rallycross, and a relationship with BMW in Formula E.

The Walkinshaw squad currently runs under the name of Holden’s high-performance arm HSV, coming off the back of the Holden Racing Team funding switching to Triple Eight at the end of last season.

Walkinshaw’s road car division is best-known for its tuning work on HSV-spec Holdens.