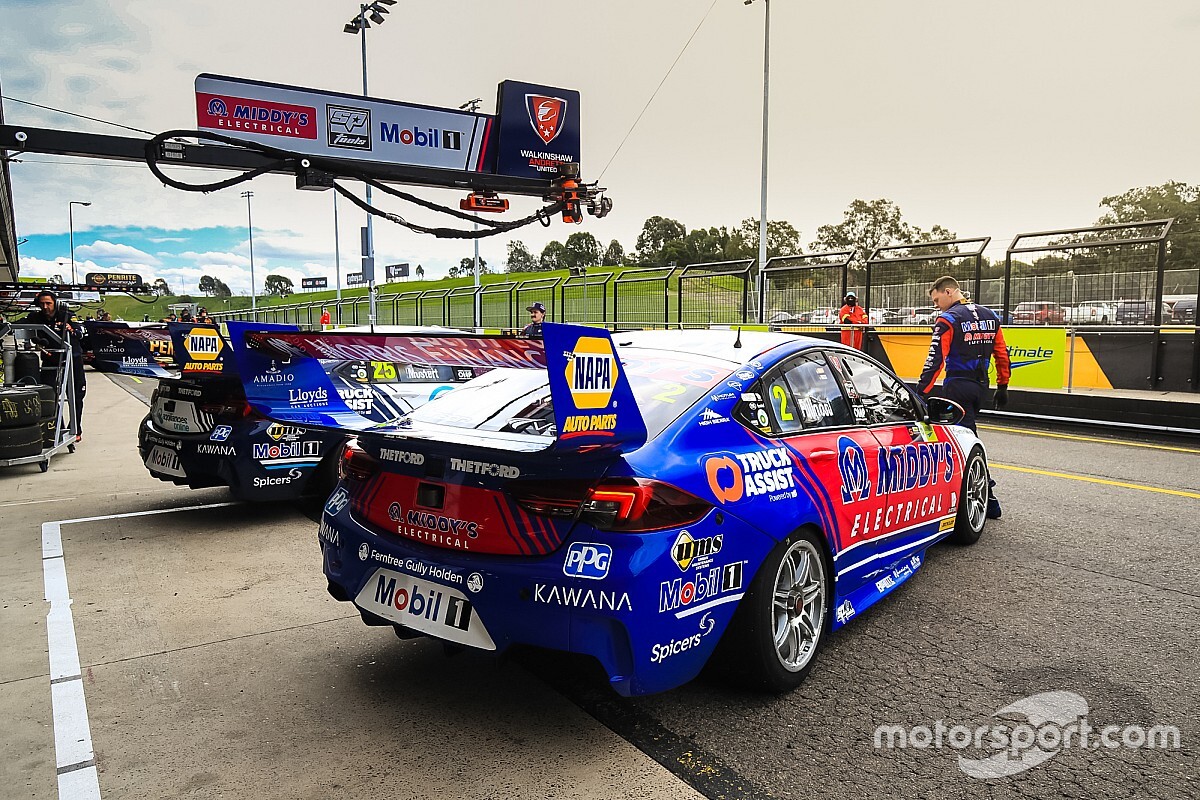 The famous Holden squad confirmed today that it will carry an unchanged commercial line-up across its two cars into the new season.

Appliances Online, which stepped in back in late 2019 when Mega Fuels went into receivership, will continue as the naming rights backer of Chaz Mostert's #25 entry.

Middy's Electrical will carry on its long-standing support of Bryce Fullwood as he heads into his second full main game campaign, while Mobil 1 has extended its backing of the team as a whole for a 28th straight season.

“To continue our wonderful relationship with all three of our naming rights partners for 2021 is fantastic," said WAU team principal Bruce Stewart.

"Their on-going support, especially throughout 2020, has been felt by every single one of us here, and no doubt our fans as well.

“For Mobil 1 to be entering into its 28th year with the team is an incredible journey to be a part of. Their brand is iconic, their product unquestionable, and we have a fantastic relationship with all the distributors right across Australia and New Zealand.

“Our journey with Appliances Online started at the 2019 Bathurst 1000, on the podium, and has really gone from strength-to-strength ever since. They are a seriously impressive business, and it’s been a pleasure to work with the entire team.

“Middy’s were a fantastic addition to our team last year, and as Australia’s largest independent electrical wholesaler, are a fantastic family business whose values are intertwined with ours. It was great to see their brand on the podium with Bryce’s third place finish at The Bend last year, and we look forward to more success in the future.

“There’s no doubt we took steps forward in 2020, and we are working as hard as ever to continue that trajectory in 2021, with the support of our fantastic partner group.”

WAU is one of just four teams that will take an unchanged primary driver line-up in to the 2021 season.

There are changes expected in the enduro line-up, though; as first reported by Motorsport.com the squad has signed Tickford outcast Lee Holdsworth to partner Mostert for the Bathurst 1000.

Warren Luff, who has finished on the Bathurst podium in four of the last six years, will be moved over to Fullwood's car.