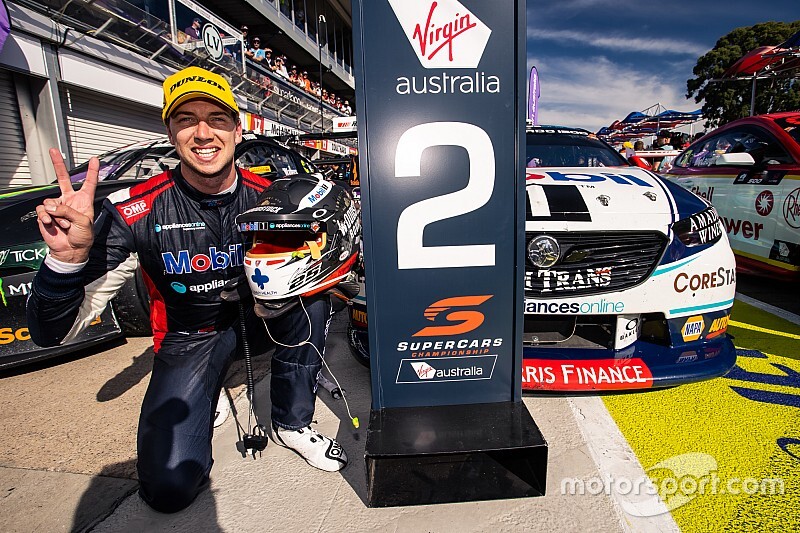 Ryan Walkinshaw says he could sense a "real energy" in the Walkinshaw Andretti United garage in Adelaide, as the squad kicked off a new era led by Chaz Mostert.

WAU was the biggest mover on the driver market over the off-season, James Courtney and Scott Pye making way for big-name signing Mostert and highly-rated rookie Bryce Fullwood.

Bringing Mostert, one of the top drivers in the category, into the team has put some pressure on the former Holden factory team after some lean seasons. In Motorsport.com's pre-season tips, former drivers Mark Skaife and Craig Lowndes both named WAU as the team with the most at stake for 2020.

The early signs, however, are good. Mostert made the Top 10 Shootout on both days in Adelaide, before taking a well-crafted second place in Sunday's 250-kilometre race.

According to director Walkinshaw, it wasn't Mostert's results that that proved most encouraging at the opening round of the season.

He says he was buoyed by a "real energy" in the team that's been lacking in past seasons, in no small part brought on by the way the new drivers integrated with the team.

"So far [signing Mostert has] paid off, but we’re not going to get too far ahead of ourselves," he said.

"It’s a street circuit, we’ve got a long history of being relatively competitive [in Adelaide], even if the last couple of years not so much.

"But what I think is most encouraging is just the way Chaz and Bryce and the new personnel we’ve brought into the team this year have integrated together.

"The atmosphere of the team is really, really good.

"That’s not just my view, it’s the feedback we’ve been getting from loads of our partners and friends of the team, who’ve known us for a long period of time. They can feel there’s a real energy this year, which we haven’t had for a long time – which is really encouraging.

"So far it’s been working really, really well. We don’t want to get ahead of ourselves, but it’s a solid start.

It’s not a win, but getting a podium in our first weekend together is a good way to start the relationship."

With WAU cars traditionally good on stop-start street circuits, the true test of the team's spot in the pecking order may lie on the fast, sweeping Albert Park layout next month.

Walkinshaw concedes that he doesn't know if the team will be back among the front-runners at the Grand Prix, but says there targets outside of pure results it'll be looking to hit regardless.

"We’re not going to know until we get there," he said.

"Everyone has been busting their arse for the last few months to improve their cars and we’re no different.

"We don’t want to get too far ahead of ourselves, we want to make sure we do the simple things well and continue to grow as a team.

"If we do that, then hopefully the results will start to come."