Walkinshaw on Mustang parity: Supercars will 'do the right thing' 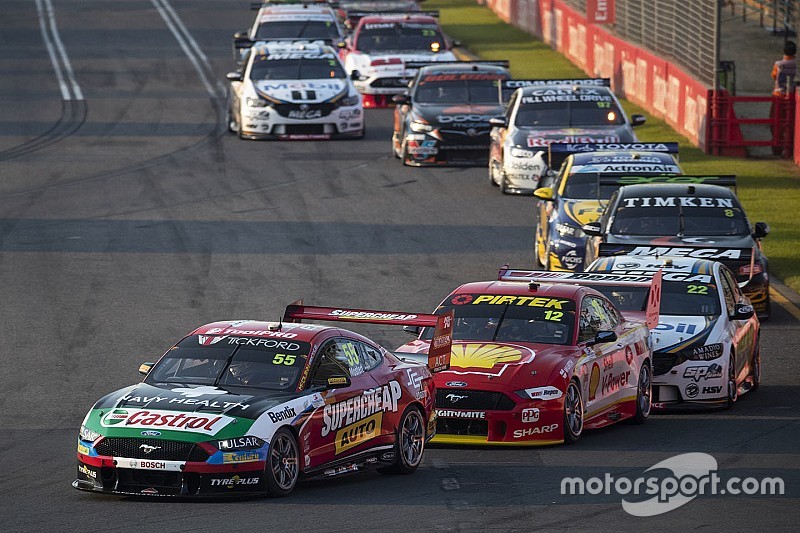 Supercars will want to 'do the right thing' when it comes to parity between Ford's new Mustang and the other two models, says Ryan Walkinshaw.

The Walkinshaw Andretti United co-owner says he won't be involved in any "bitching and moaning" regarding the dominant Mustangs, which are unbeaten since joining the series for the start of the 2019 season.

Instead he reckons WAU's focus is on chasing down other Holden teams such as the Triple Eight, Erebus, and the in-form Brad Jones Racing outfit, all of which currently head the Clayton-based team in the standings.

That means putting the raging parity debate to one side, and trusting that Supercars will make the right decisions when it comes to the Mustang and its pace relative to the Commodore and the Nissan Altima.

"Look, at the moment, we’ve got to be the fastest Holden team before we start bitching and moaning about the Fords," said Walkinshaw.

"There’ll be plenty of other people making those comments, but from our perspective, we’re going to focus on ourselves.

"I think if you look at Supercars, they’re incentivised to do the right thing and make sure that there’s parity in the formula. We’ve got full confidence that they’re going to achieve that.

"There’s always going to be a few little tweaks that will need to happen, but we’ve got full confidence that they’re going to do that to ensure the category is as exciting and as fair as possible."

Supercars is already working to appease parity concerns, starting with asking DJR Team Penske to remove an unusually heavy exhaust system in the lead-up to the Albert Park round.

Official Centre of Gravity tests then took place on the Monday and Tuesday following the Australian Grand Prix, Supercars confirming little in terms of detail apart from the fact that the data was being analysed late last week.

It's expected that further tweaks will be made to the Mustangs ahead of the next round in Tasmania in just under a fortnight.

WAU, meanwhile, is expecting its own search for improved pace to be focussed on the much-publicised move to linear spring set-ups for 2019 for the next few rounds.

"We went in with the philosophies that we finished last season on, but not just the fact that the Mustangs came out of the box incredibly fast, going from the twin spring to the linear spring has thrown a few curve balls for a lot of teams," added Walkinshaw.

"You’ve even seen Triple Eight struggling on their consistent pace, you’d have to assume the same reason.

"So there’ll probably be a few more rounds at the beginning of the season as us and other teams get our heads around it and have to change our philosophies on our damper and spring set-ups to get some more consistent speed out of it."

James Courtney and Scott Pye currently sit 12th and 19th in the points respectively after two rounds and six races.

Courtney has banked four Top 10s so far with a best result of seventh from the first race at Albert Park, while Pye has only finished in the Top 10 once, with sixth in the Saturday evening race at the AGP venue.