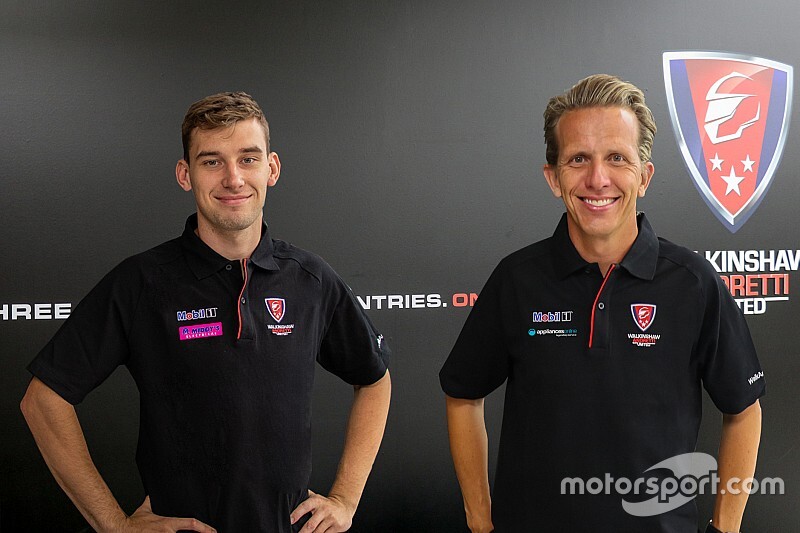 Walkinshaw Andretti United has locked in its line-up for the Supercars endurance races, with Warren Luff and Kurt Kostecki set to join regulars Chaz Mostert and Bryce Fullwood.

Luff, who will partner Mostert in the #25 entry, is the only driver from the four-man squad that has driven for the team before.

In fact it will be his seventh enduro campaign with the team, a run that's included a pair of Bathurst 1000 podiums and an enduro cup triumph.

“It’s fantastic to be back with the team, alongside a new teammate in Chaz," said Luff.

“There’s no doubt he is one of the top talents in the series, so I can’t wait to line up alongside him and see what we can achieve together.

“On the team front, we made some real ground towards the end of last year, so I’m confident that will continue in the early parts of 2020, and we can roll into the enduro season in a really strong position, fighting for trophies.

“I just can’t wait to get behind the wheel [at the pre-season test] tomorrow and have a go!”

For Kostecki, meanwhile, it will be a first enduro campaign, the 21-year-old joining rookie Fullwood, who beat him to the Super2 title last season.

“It’s a huge privilege to be joining Walkinshaw Andretti United this year for the endurance season, the team has already made me feel really welcome and I’m looking forward to sampling their car at the pre-season test day," said Kostecki.

“Bryce and I have been racing together for as long as we can remember so to be teaming up with him this year is very exciting and we will be pushing as hard as we can to run up the front.”

There will be three Kosteckis on the enduros grid this year, with Kurt to be joined by brother Jake in the #34 MSR Holden, and cousin Brodie in the #99 Erebus entry.

Jack Perkins, who was part of WAU's enduro line-up for the past five years, will switch to Tickford Racing for this year's long-distance races.