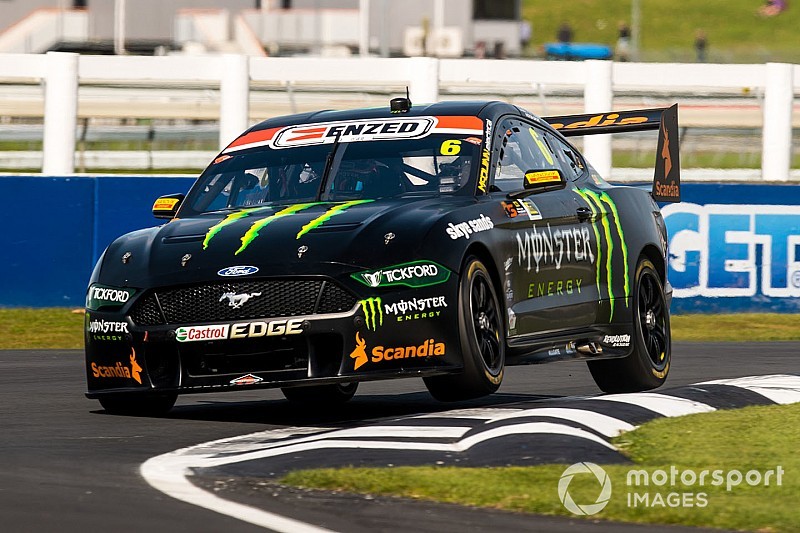 Cam Waters says Supercars shouldn't award championship points for what he's labelled an "embarrassment" of a race at Pukekohe today.

Waters was one of a number of Tickford drivers affected by a confusing Safety Car deployment, which left Jamie Whincup with a penalty and a number of early front-runners buried in the field.

While Supercars race control has stood by its procedure, Waters reckons the category needs to take back the championship points awarded for the 200-kilometre encounter.

"I had a really good race car, was just trucking around, we would have been on for a podium – but obviously race control managed to screw that one up royally," he said.

"It’s an embarrassment that a championship can do that and classify it as full points.

"As far as I’m concerned I want an explanation from the powers that be, and I think that race should be zero points.”

Teammate Lee Holdsworth was equally upset by the debacle.

"That was a complete and utter stuff up, I don’t know what else to say.

"The boys did a great job and gave me a great car, we put it on the front row, and we have nothing to show for it.

"We finally had a real good chance to take home some silverware and something like that takes it away from us. I have no words.”

Only one of Tickford's four cars emerged from the chaos in contention for a result, Chaz Mostert grabbing an unexpected third after holding off Nick Percat.

Despite the podium, team boss Tim Edwards joined the chorus of disappointed voices coming out of the Tickford garages.

"The positives come first, we had excellent car speed all weekend, and it’s great to come out with a couple podiums," he said.

"I think it’s safe to say we were the fastest Ford team all weekend and the fastest team outright for a majority of it, which is credit to the team.

"But what happened today is beyond disappointing, to have three of our cars taken out of the running by something out of our control is incredibly frustrating.

"It shouldn’t have happened and our drivers, engineers, and crew don’t deserve to be done like that.

"There’s a fire under all four camps after that, and we’ll be ready to give it our all at Bathurst next month.”