Tickford Racing has unveiled the Monster Energy-sponsored livery that Cameron Waters’ Mustang will sport in the 2019 Supercars season.

Waters has been sponsored by Monster ever since he graduated to Supercars in 2016 and will retain his tie-up with the energy drink brand for the fourth consecutive year.

The livery remains virtually unchanged from last year, which marked the last season for the Falcon before the introduction of the Mustang.

“Obviously Monster Energy has been on my car since my rookie year, so I’m pumped to have them back on board for 2019,” said Waters who finished 16th last season with a best result of fifth in the Adelaide season opener.

“They’re the perfect brand for what we do and they’ve been a great brand to represent, especially with the Mustang coming online this year.

“We’re entering a new era of the sport, what with the Mustang being the first two-door car and just the history behind Mustang, so it’ll be cool to have Monster be a part of it.

“Everyone’s wanted to see the Mustang Supercar in a race livery, and it’s safe to say it looks fantastic in Monster Energy colours. It’ll still be the best looking car on track. I can’t wait to fire it up, and hopefully celebrate some big results in it in 2019.

Tickford Racing co-owner Rod Nash added: "We’ve developed an excellent relationship with Monster Energy on and off the track the past few years and I’m thrilled that we will get to continue that partnership.

“There’s much to look forward to in 2019, and we’re glad that Monster share that enthusiasm. There’s a lot of enthusiasm in the media and in our workshop about the coming season, so we’re looking forward to getting out there.”

All four Tickford Racing Mustangs, including Waters’ Monster-sponsored car, will run for the first time at the pre-season test at Phillip Island on February 14. 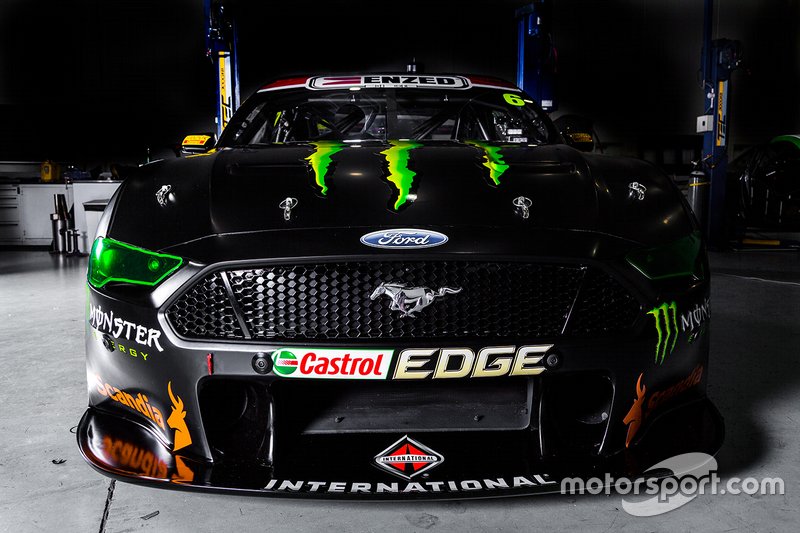