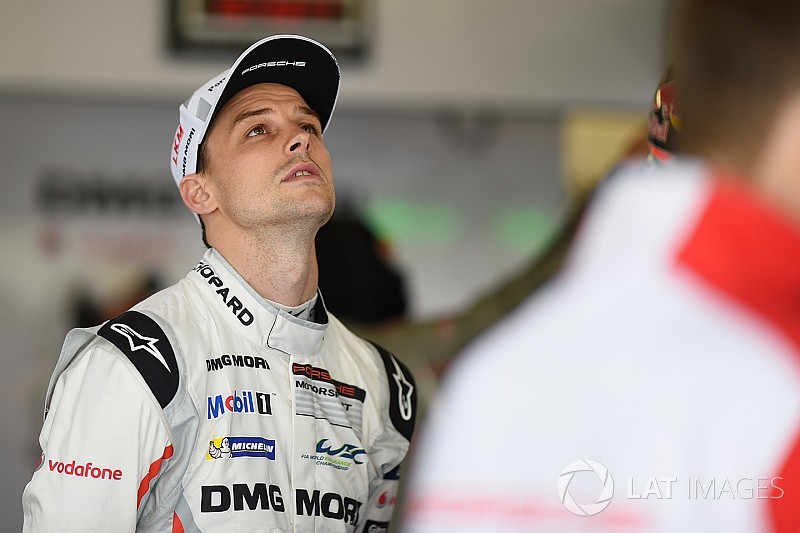 Earl Bamber says his deal to race alongside Shane van Gisbergen at this year's Bathurst 1000 all started with a simple WhatsApp message.

The Porsche star secured one of the best seats in Supercars for this year's three long-distance races, inking a deal to partner fellow Kiwi van Gisbergen in a factory Holden at Sandown, Bathurst, and the Gold Coast.

He's now revealed that it all started with a WhatsApp message, Bamber making contact with van Gisbergen as soon as he realised that his Porsche schedule wouldn't clash with any of the Supercars enduros this year.

From there he cemented the deal thanks to some encouraging words from Porsche tech guru Jeromy Moore, a former Triple Eight engineer, as well as a trip to the Gold Coast 600 to show T8 boss Roland Dane how serious he was.

"Obviously I've known Shane for quite a few years, we grew up Formula Fords together and stuff like that," said Bamber.

"I'd never manager to be able to do any of the Supercars enduros because it had always clashed with something I was doing like Petit Le Mans or Fuji or something like that.

I'd heard a rumour there was going to be no clash [this year], so then I was waiting anxiously and asking many people in Supercars when the calendar was coming out.

"The day the calendar came out I saw that it didn't clash at all. The first person I texted was Shane and said, 'Would you be interested in trying to do the co-driver races together?' He said, 'Yeah I'd be keen to do that, that'd be cool'.

"It went from there. I know Jeromy from the LMP1 team, so I think he put in a good word to Roland. Roland was also up at Fuji, and luckily I managed to put the car on pole and drive well in the wet.

"I came down to the Gold Coast and had a look around, but [Roland] didn't say if he'd put me in, he was trying to decide between a couple of guys. But I wanted to come down and show I was serious. Not just saying 'yes I'd like to do it', but actually seriously looking at it.

"They eventually made the decision to put me in, which was cool. But really, the first point of contact was WhatsApp."

Bamber went on to explain that a long-held dream to win the Bathurst 1000 was the driving force behind his persistent approach to getting the Triple Eight deal done.

"I've already had success at Le Mans twice and won the World [Endurance]Championship as well," he said.

"You look and say, 'What do I want to try and win and achieve next?'. When you grow up as a kid in New Zealand, since you can remember you watch Bathurst every afternoon.

"I said to myself if the chance comes up then I absolutely have to come and try and do the 1000 and try and win the thing, because I think it would be something nice on my CV."

Bamber may even be on double duty for the Gold Coast 600 this year, with a plan in the works to increase his track time with a Carrera Cup drive.

He says he already has the green light from Porsche, he now just needs to get his hands on a car.

"The idea was mooted to go do the Carrera Cup race at Gold Coast as well," he said.

"I've got permission from Porsche to be able to do the Cup race, so now I've just got to ask someone nicely for a car and borrow one for the weekend."

One thing Bamber has already learned the hard way is to be careful who he's bragging to about his Bathurst deal.

He was recently left red-faced while chatting with Porsche legend Jacky Ickx over dinner, Bamber not realising that the Belgian won The Great Race on his debut alongside Allan Moffat in a Ford back in 1977.

"I was trying to wind up Jacky Ickx; I didn't look at the history books," Bamber explained.

"That's great... I thought maybe I could one-up him on something, but I've still got to do four more Le Mans if I want to get close, and maybe a Dakar or so..."