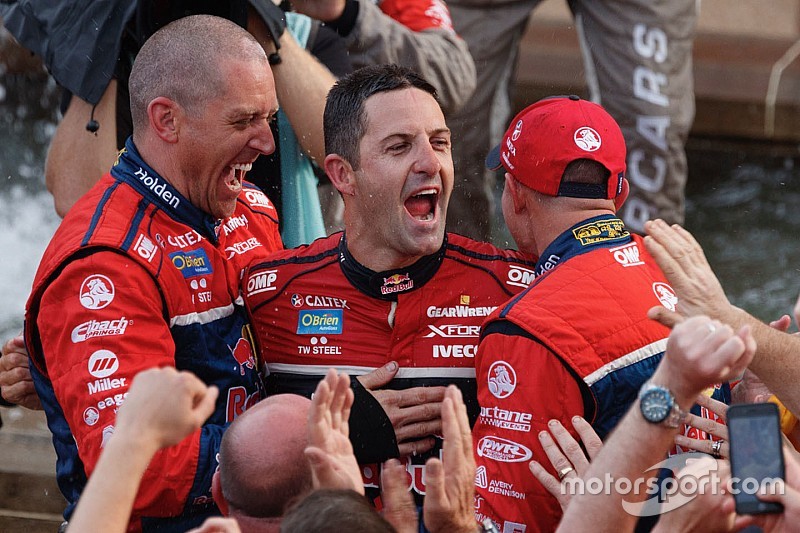 Jamie Whincup says he's not sure if he continue on as a full-time Supercars driver beyond the end of the 2019 season.

The seven-time Supercars champion recently penned a one-year extension to his current deal, which was set to run out at the end of this season.

According to Whincup the reason he settled on a single-year extension, rather than a fresh three-year deal like the one he signed back in 2015, is that he's unsure of what he wants to do beyond 2019.

That means Whincup, who has often referenced not wanting to overstay his welcome as a full-time driver throughout his career, could conceivably walk away from one of the best seats in the sport within the next 24 months.

"I'm 35 this year. I definitely wanted to drive next year, but I'm not sure about 2020 at this stage," he told Motorsport.com.

"I'm committed to '19... but there's no real commitment after that. I'll assess this year whether 2020 is something I want to do, or whether I give the seat to a young bloke who's going to give it everything that they've got.

Speaking about the newly-signed extension, Whincup said once he made the decision to continue beyond the end of 2018 it was a straightforward process.

"He said 'no dramas' and it was all done in about three minutes."

Whincup first joined Supercars a full-timer back in 2003, but was let go by Garry Rogers Motorsport after a ropey debut season. He then returned with Tasman Motorsport in 2005, an impressive second place at Bathurst alongside Jason Richards contributing to Whincup being signed by Triple Eight to partner Craig Lowndes in 2006.

That partnership has since yielded seven titles and four Bathurst wins.