Seven-time Supercars champion Jamie Whincup is expecting the category to undertake ongoing, 'high-quality' aero testing over the next few months in a bid to find true parity between the three homologated models. 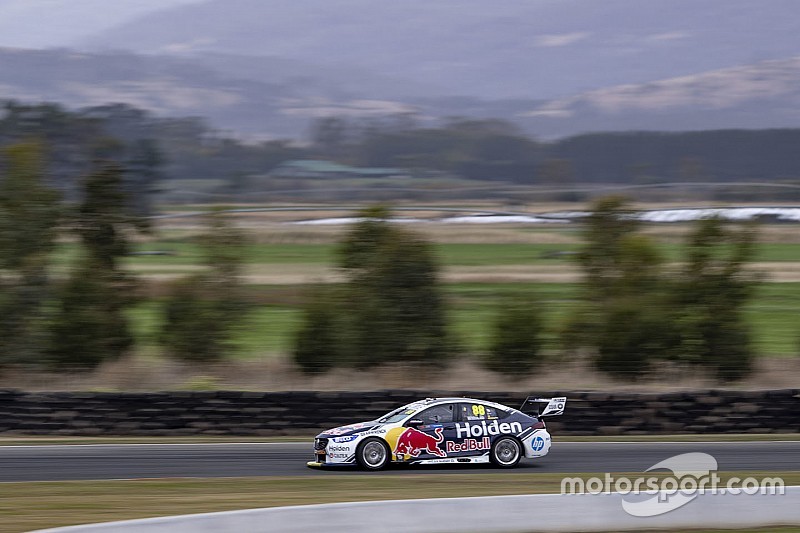 The currently unbeaten Ford Mustang has sparked a parity debate within the Aussie series, with aero and centre of gravity having emerged as the key points of contention.

While centre of gravity was addressed through testing, and subsequent ballast re-positioning requirements for both the Fords and Holdens, aero remains a hot topic.

Despite being signed off after an 11-day VCAT testing process last December, there is still a theory among rival squads that the Mustang has a distinct downforce advantage, particularly mid-corner.

It's understood that Supercars considered wind tunnel testing as soon as next week to properly assess the Ford, Holden and Nissan models, however that's no longer going ahead.

Whincup is still convinced there is elaborate testing plans in the works, and that within "three or four months" proper parity will be restored.

"I'll tell you what is going to happen, there's going to be a lot more testing that goes on over the next three or four months from Supercars, some proper high-quality stuff," he said after topping today's second practice session.

"They're going to spend a fair bit of money to guarantee that all three models are exactly the same. Which is welcomed by everyone, because then we can stop talking about it and whoever is standing on the top step of the podium is genuinely the best team.

"I think we've just to hang in there. Yep, mistakes have been made, if you know what I mean. They're getting rectified, we're up and down.

"Give it three or four more months and we'll be as perfect as it can be. You'll just go back to good old fashioned racing, which we're all looking forward to."

Supercars declined to comment on Whincup's comments when asked by Motorsport.com.

Whincup topped both of today's practice sessions, however was dumped to fourth in the first by a post-race penalty for setting his quickest time while there was a caution at the hairpin. He was also fined $1000 for the infringement.