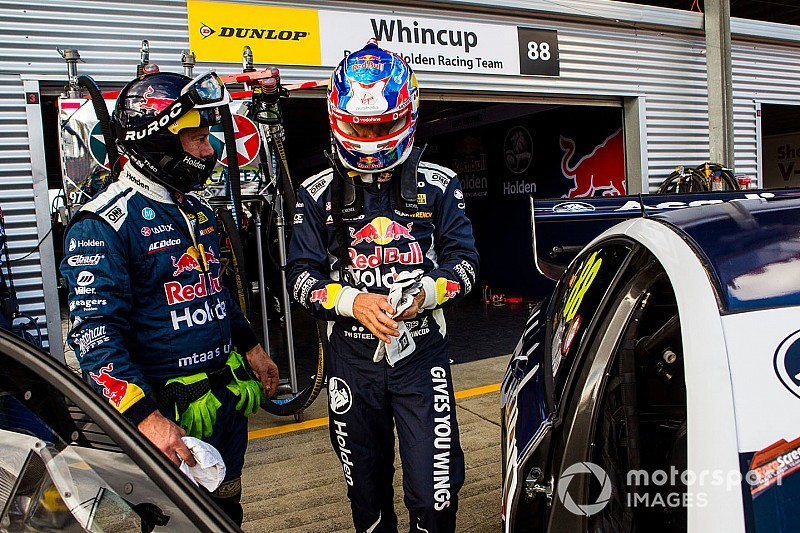 Jamie Whincup will be issued a letter asking him to explain his explosive post-race comments about Supercars officials to the Confederation of Australian Motor Sport.

The letter from the governing body will offer Whincup the opportunity to explain his explosive rant directed at officials on Sunday evening.

Whincup's response could determined if he will be sanctioned.

The seven-time champ was slapped with a drive-through penalty during yesterday’s race at Pukekohe for illegally passing the Safety Car, something he argued he needed to do because the officials had made a mistake.

He told Fox Sports that the Supercars race officials, provided by CAMS to series, were “not operating at the same level as the teams."

"You've got people making decisions that are just cruising back, just having a few glasses of red each night, and rocking up to the track and the brain's not with it," he said.

The letter from CAMS will imply that Whincup has broken the National Competition Rules.

He will be asked to explain how the comments might impact young drivers coming through the junior ranks, and why he should escape sanction for his actions.

However, should Whincup be sanctioned, another option is a ‘community service’ approach, similar to what the FIA imposed on Max Verstappen for pushing Estaban Ocon in Brazil last year.