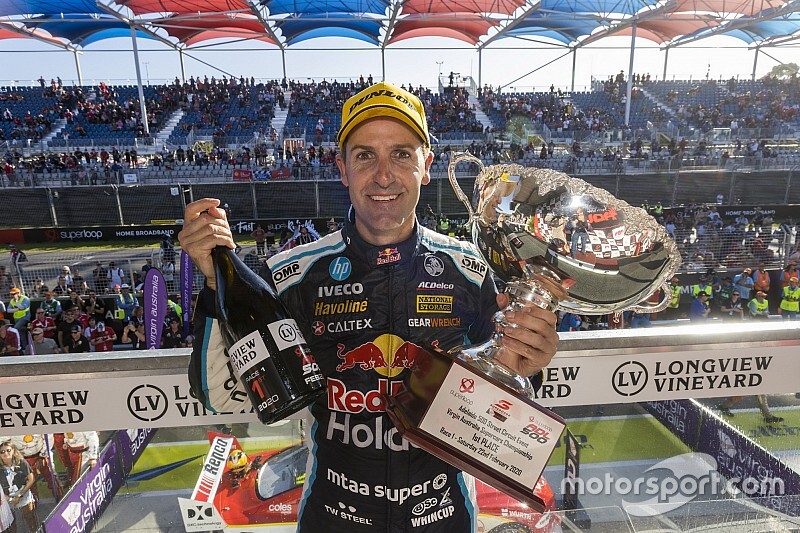 Jamie Whincup has explained his decision to race on as a Supercars full-timer in 2021 after flirting with retirement.

A fresh deal for the seven-time Supercars champion was confirmed yesterday, Whincup opting to race on in the #88 Triple Eight entry for at least one more season.

He backed up the announcement with a stunning performance in both today's qualifying and opening race, securing a pole that was converted into a 119th Supercars victory.

Speaking after the today's win, Whincup said the decision about his future was based on a simple question – was he really up for another season of tackling one of the best touring car championships in the world.

"I just asked myself the question," he said. "To get back up and try and run with some of the best drivers in the country and the world, there's a question to be asked once you get over 35.

"I asked the question, the answer was yes.

"But I think I'm the best person for the job this year and next year."

Whincup also touched on another of the big news stories down under this week, dedicating his victory to Holden employees affected by the impending closure of the brand.

"If the win was going to be dedicated to anyone, it's certainly the staff at Holden head office and all the dealers and salesman and everyone like that," he said/

"They've had a pretty tough week. Hopefully it's brought them a little bit of delight to have the Holden win the first race of the year."