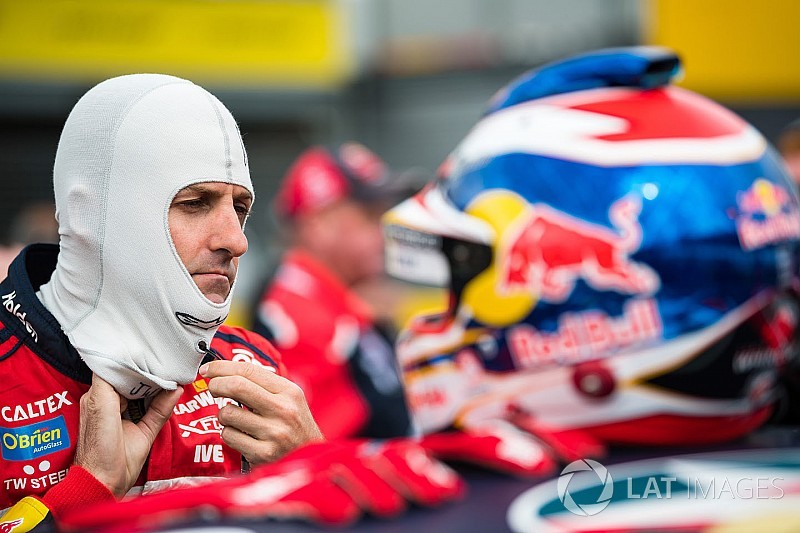 Jamie Whincup will remain with Triple Eight until at least the end of the 2019 Supercars season thanks to a contract extension.

The now-seven-time Supercars champion was off contract at the end of this season after signing a three-year deal back in 2015, but as part of today's livery unveiling the team has confirmed that he'll be staying until at least the end of 2019.

The new single-year deal means his tenure at Triple Eight will span 14 years, Whincup having joined the squad way back in 2006.

It also means he'll get to sample the next generation of Holden Supercar, with a switch to the Triple Eight-developed twin-turbo V6 expected for next season.

“I’ve been with Triple Eight for a long time now and we’ve achieved a lot together, but at the same time still feel we have so much more to prove," said Whincup.

"I’m rapt to be staying within the family for at least the next couple of seasons and massively looking forward to the challenges that the new Commodore and then the V6 engine next year will present.”

Whincup and Triple Eight have enjoyed a record-breaking run of success together, winning six titles between 2008 and 2014, before adding a seventh last year.

He's also been second in the points three times since joining the squad.