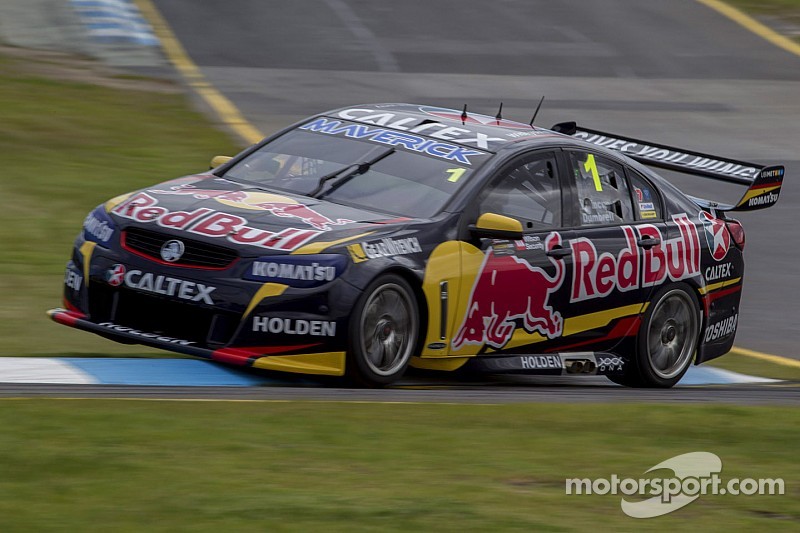 The endurance leg of the V8 Supercar season gets underway this weekend.

The Wilson Security Sandown 500 practice sessions got underway and the five-time champion, Jamie Whincup, was quick to get things started on the right foot.

Posting the fastest lap of the day, Whincup unleashed a dominating time which was unbeatable by both primary and co-drivers alike. Whincup’s teammate, Paul Dumbrell, was equally as impressive as he clocked the third fastest time of the day.

A surprise to many was Scott McLaughlin’s co-driver, Alex Premat, who posted the second fastest lap of the day. With a quicker time than that of his younger teammate, the Frenchman was the fastest amongst the co-drivers and just .03 seconds adrift of Whincup.

Another co-driver to outpace his teammate was Jonathan Webb. Paired with Shane Van Gisbergen, Webb was .07 seconds behind Premat and showed promise for the TEKNO VIP Petfoods team.

FPR down the charts as HRT shows strength

The Ford Performance Racing championship contender, Mark Winterbottom, came up short after posting the ninth fastest time amongst the primary drivers. Winterbottom’s teammate, Steve Owen, found himself in similar waters as he completed the final practice back in fifteenth.

Holden Racing's Garth Tander (paired with Warren Luff) and James Courtney (paired with Greg Murphy), ran similar times as they finished towards the front and showed that they have plans to rival the Red Bull Racing Team.

Whincup/Dumbrell - The pairing to beat

Still, Whincup and Dumbrell are the team to watch. Although Premat was fastest amongst the co-drivers, Dumbrell was a mere .03 seconds behind and, given his experience running in the Dunlop Development Series, should be able to keep the Red Bull Commodore in front should Whincup bring it in as such.

Slated for 161 laps around the 3.1 km track, the close times provided in practice are but a taste of what to expect in the main event. With qualifying and two qualifying races are still to come before the Sandown 500, which can be viewed world-wide through V8 SuperView.