Whincup says Bathurst success with Lowndes not a given 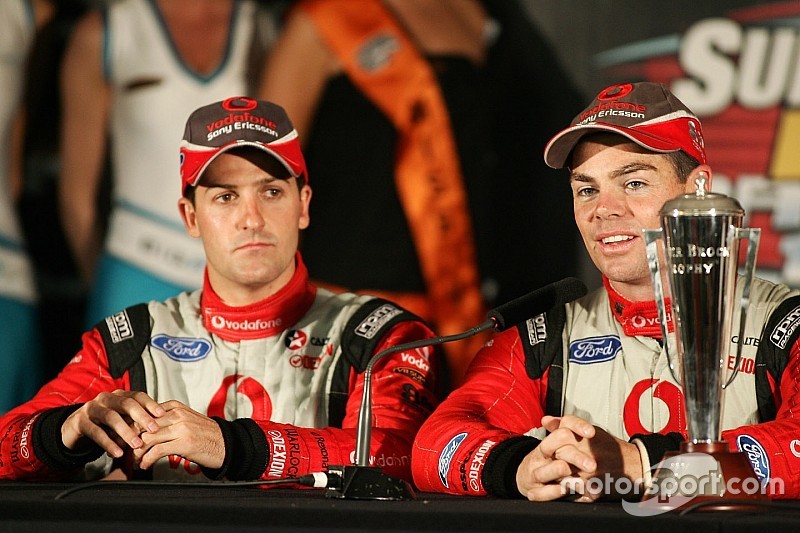 Jamie Whincup says the remarkable Bathurst 1000 record he shares alongside Craig Lowndes is 'no indication' of how they'll go when they reprise the partnership later this year.

Triple Eight confirmed yesterday that Lowndes will pair up with Whincup for the 2019 Supercars long-distance races, a widely-expected outcome in the wake of Lowndes' retirement from full-time driving.

The duo have an incredible record together at the Bathurst 1000, winning the Great Race first time out as co-drivers in 2006 before adding another two Bathurst crowns in 2007 and 2008.

They then finished fifth in 2009, before Supercars changed its regulations to ban primary drivers from being paired together at the long-distance races the following year.

They've both since been Bathurst winners in their own right, Lowndes taking out the 2010 race alongside Mark Skaife before adding crowns in 2015 and 2018 with Steve Richards.

Whincup and Paul Dumbrell tasted Mount Panorama success in 2012, but since then it's been a painful run of missed opportunities for the seven-time series champ; in 2014 he ran out of fuel while leading on the final lap, in 2015 he illegally passed the Safety Car, in 2016 he crossed the line first but was hit with a post-race penalty, and last year his Commodore shed a wheel mid-way through the race.

While reprising the partnership with Lowndes will offer a fresh opportunity for Whincup to win an elusive fifth Bathurst crown, he's not getting carried away with the pair's favourites tag just yet.

He says the three-peat with Lowndes from last decade is 'no indication' of what might happen this year, although he concedes having the reigning Bathurst winner in his car certainly won't hurt his chances.

“In some way it feels like we’re getting the band back together," said Whincup.

"Lowndesy and I obviously had a good run at the enduros a few years ago and he’s coming off the back of a win in the Enduro Cup last year, so we’ll be working hard to give ourselves and the team the best shot later this year.

"Our previous results are no indication of how we’ll go this time around, but if there’s anyone you’d want on your side at Bathurst, it’s Craig Lowndes.”

Lowndes, meanwhile, says he's looking forward to his new role as co-driver at the enduros this year, particularly as development on the new ZB Commodore, which debuted last season, continues.

"Both Jamie and I have a great history," said Lowndes. "With a lot of people wanting the pairing to happen, I’m going to really enjoy driving with Jamie.

"As the year goes on I can’t wait to see how Jamie and Shane [van Gisbergen] perform this year with the new car and growing on the speed we had from last year.

"Getting back into the car for the enduros will be really special.”

Lowndes and Whincup won't need to wait until October for their next shot at Mount Panorama glory, with the duo combining with van Gisbergen in a T8-run Mercedes for next month's Bathurst 12 Hour.