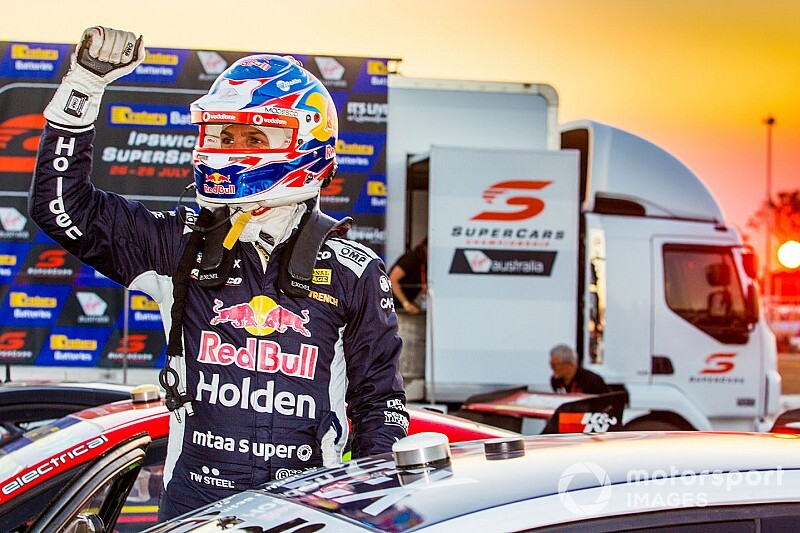 Jamie Whincup is working on a plan for his Supercars retirement to ensure that the step back from full-time racing won't take its toll on his mental health.

The seven-time series champion has committed to full-time driving until the end of the 2020 season, but could feasibly walk away at any time after that.

Having long said that he won't overstay his welcome as a full-timer, Whincup has spent the past few years adding interests outside the cockpit to his life.

That includes a burgeoning car wash and cafe business on the Gold Coast, taking a 15 per cent ownership stake in the Triple Eight team, and, most recently, winning a spot on the Supercars Commission.

With retirement now a case of "sooner rather than later", the 36-year-old admits that diversifying his career is no coincidence. He says the mental health risks of a poorly-managed retirement are too well proven to ignore, Whincup fully-focussed on mapping out the next stage of his life before he hangs up his helmet.

"I don't want to go past my use by date," said Whincup. "The last thing I want to do is be holding up a seat for a young kid that could jump in this car and be competitive.

"I'm not putting a date on when I'll pull the pin, but it will be sooner rather than later. I don't want to go too far.

"Just to paint the picture, we’ve seen the Grant Hacketts, the Greg Inglises of the world... don’t underestimate it, a lot of athletes that are doing their profession full-time get to the end and it’s depressing. If you haven’t got something to go to, some other interest, if you get to there, life’s over and you’ve got to start again.

"I recognise that from seeing what those guys have gone through, so I made that call a couple of years ago to make sure there is a plan, that there’s plenty going on in my life outside of driving a car. So for the day I do retire, it’s more of a Cooper Cronk sort of scenario – 'my time’s up, it’s been great and now I’m moving on to something else’ and not ‘I don’t know what I’m going to do right now’.

"Ten years ago, [driving] was my whole life, that was the big thing… I got so much satisfaction out of life because of that battle.

"Now, I’ve got the satisfaction out of being a part of a group to make good decisions to grow Triple Eight, and now, as part of the Commission, to try to grow the sport. I’m trying to take on the world, one car wash at a time, one latte at a time. I get a lot of satisfaction out of that stuff as well.

"It will never surpass driving a car and the battle on a Saturday afternoon and Sunday afternoon. But I’ve got other aspects, which is great."

Whincup added that he doesn't plan on stopping "cold turkey", with plans to follow Craig Lowndes' lead and first shift into a Supercars co-driver role.

He also says he'd like to do some GT racing overseas, something he feels could benefit him in his Commission role by giving him a broader perspective.

"Every weekend since I was seven years old I’ve been at a race track or part of motorsport. I can’t go cold turkey.

"What would be of benefit to the Commission would be for me to do some GT racing overseas and other types of racing. I think that experience would be valuable for not only T8, but for the category to see what the rest of the world is doing.

"I’d love that experience. I think it would be good for everyone."