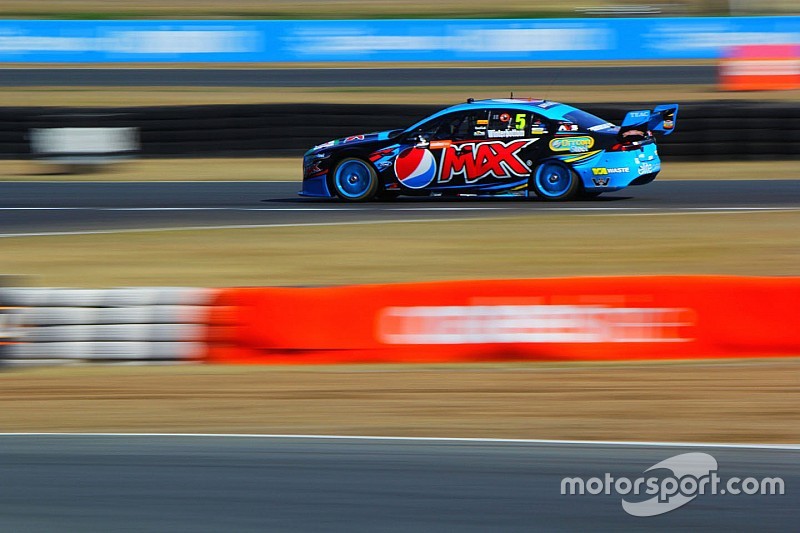 As was the case in today’s first race, the Prodrive Racing Australia driver vaulted into the lead at the start from the outside of the first row, and once again it was a lead he would keep until the finish.

However this time he didn’t have things his own way. Pole-sitter Craig Lowndes pressured Winterbottom the whole time to the finish, shadowing the leading Ford right to the flag. In the end, Winterbottom was able to do just enough to hang on for victory – his fourth in a row.

“That was awesome," Winterbottom said.

"I got a really, really good start. My car wasn't as quick as Craig's, but when you're behind it's all about track position. It's a great run to be on at the moment."

Behind the front two, it was an intra-Prodrive battle between Chaz Mostert and David Reynolds. The latter made the best of the starts, rocketing into third place from sixth on the grid by the time the field got the Turn 1.

Mostert then fought back, taking third spot back for good on Lap 8.

Reynolds went on to finish fourth, although he did have to put up with some late pressure from another fast-starter, Triple Eight’s Jamie Whincup.

Ash Walsh missed a golden opportunity to bank a good result, the Erebus driver running wide at Turn 5 after running inside the Top 10. As it turned out his issue was a power steering failure, forcing him to retire on the same lap.

“We had a good starting position, raced well on the first lap. It happens. I’m still happy to be up there.”