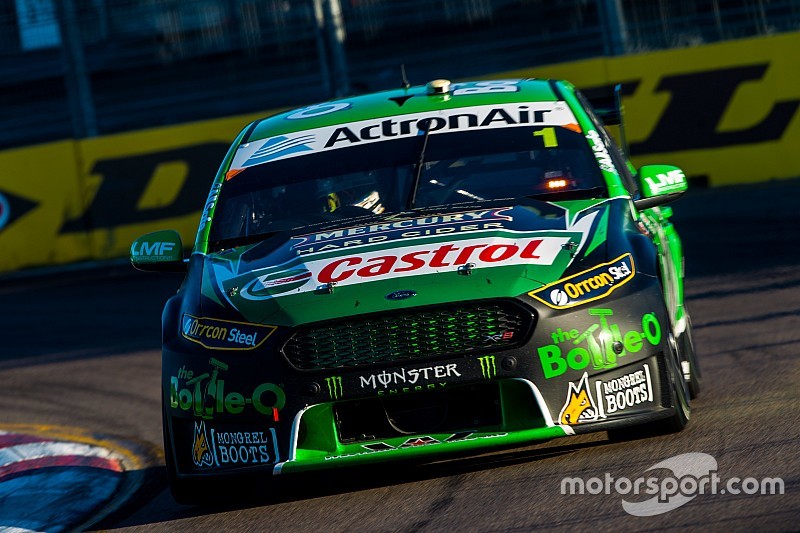 Mark Winterbottom will make his 400th Supercars start at Queensland Raceway this weekend – and he hopes he can use the occasion to spring a surprise on the ‘home’ teams.

The reigning champion made his main series debut at Sandown way back in 2003, and will this Saturday celebrate his 400th series start when he heads to Queensland Raceway looking to defend his double win there last year.

“Ipswich is a challenging track and it's another one where we had a good run last year so it's a good one to reach the milestone at.”

Upset on the cards

Despite clean-sweeping the round last year, with two wins for Winterbottom and one for Chaz Mostert, the Queensland Raceway round is technically an away game for the Melbourne-based team.

‘The Paperclip’ is chief rivals Triple Eight’s test circuit, something that Winterbottom says makes victory up north a little sweeter than usual.

“For us we go to what is enemy territory but at the same time we're hopeful that we can beat them on their home ground,” he said.

“Going to your test track doesn't always work for you. Conditions can change and you've tested all these items and then you don't get on top of it and a fresh team has new challenges.

“It will make for good racing at that track, it is always a tough one and I just hope we can win again because it does feel better when you can beat them on their home turf.”