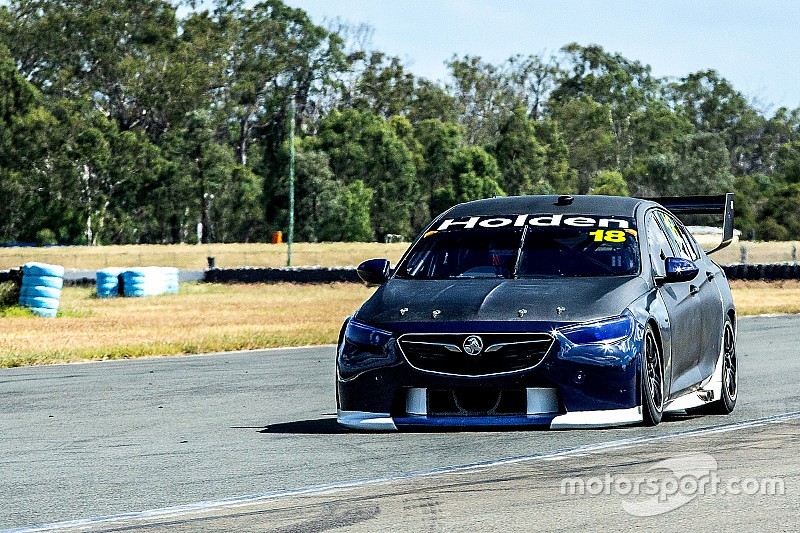 Having defected to the single-car outfit from flagship Ford squad Tickford Racing at the end of last season, Winterbottom had his first taste of Holden hardware during a 10-lap shakedown in Queensland last week.

The small taste of what's to come in 2019 left Winterbottom keen on getting stuck into the new season, the 2015 series champ admitting he's found the heavily-revised squad's enthusiasm, inspired by owner Schwerkolt, infectious.

"I've been fortunate enough to have success in the sport and race for a factory team and have a great career," Winterbottom told Motorsport.com.

"You look back on your career and go 'that was really cool', but it wasn't what I wanted to do again this year.

"Charlie wants this, he wants it so bad. And it's infectious. The way he's gone about it, he's just a work horse. He doesn't accept no.

"If he wants it to happen, he makes it happen. That's infectious, I feel pumped."

Following a tough three seasons under the technical leadership of Jeff Grech, it will be an entirely new-look Team 18 for 2019.

There's also a bolstered technical alliance with Triple Eight, which has led to a new chassis, as well as major backing from IRWIN Tools.

Fresh off the back of a 13-year stint at Tickford, which has run as a four-car team over the past few seasons, Winterbottom says the single-car atmosphere is refreshing – particularly given the quality of the team's new recruits.

"It's a small, tight group. It's not like we've got 12 inexperienced people, we've got 12 really good staff. People will see the line-up at Adelaide – there's more to come – and be like 'ah, okay, now it makes sense'.

"It's a good group of people all working on that one car. Having 80 people, and three are on your car, five are over here, three are over there, that's fine... but we've got 12 purely trying to make that car quick. That's a cool feeling."