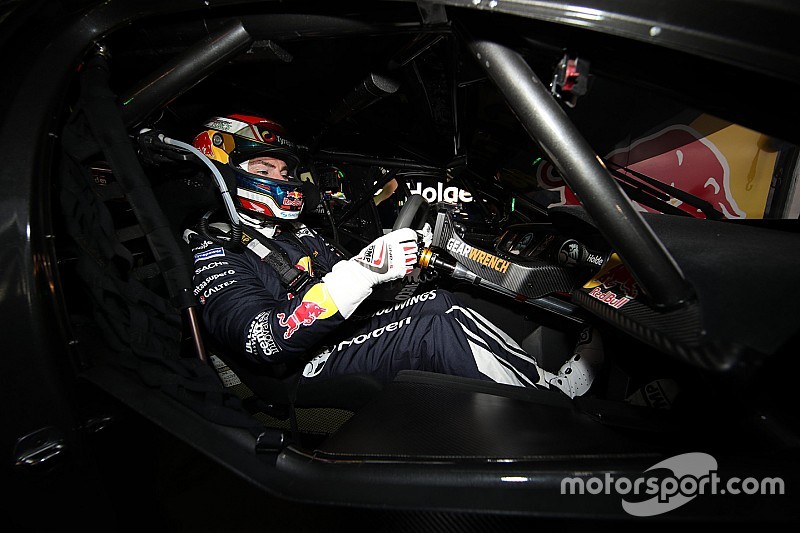 The Triple Eight driver jumped to the top during the driest of the running inside the first 10 minutes, setting a 1m24.166s on his second lap.

When the intensity of the rain increased on the 10-minute mark, that time became effectively unbeatable.

Garth Tander made it a Red Bull Holden one-two with the second quickest time, ending up just under four-tenths shy of Lowndes.

The pair did very little wet running, though, only completing seven laps between them.

“It’s a shame,” said Tander of the wet conditions.

“With the format of this weekend with only one practice session for the primary drivers, every co-driver up and down pitlane probably had a workload to do this morning in the dry.

“One of those sessions where it’s not wet or dry, you don’t really learn anything, so that’s why we pitted, two laps, pitted…

“The wet tyre allocation is pretty tight as well, so there’s no point wasting wet tyres on us.”

Warren Luff was third quickest in the Walkinshaw Andretti United Holden, with James Moffat the best of the Mustangs with fourth in the Tickford Ford.

Dean Canto finished up seventh in the #21 Brad Jones Racing Holden, Tom Randle eighth in the Tickford Mustang, Bryce Fullwood the best-placed Nissan in ninth and Jack Smith, running as a wildcard this weekend, 10th.

The DJR Team Penske cars opted to do significantly more running than rivals T8, with Alex Premat – who travelled from the US specifically for the 30-minute session – and Tony D'Alberto completing 16 laps each.

However most of it was in the wet conditions, the pair finishing down in 21st (D'Alberto) and 22nd (Premat) on outright lap speed.