Opinion: F1 nostalgia isn’t what it used to be – or is it? 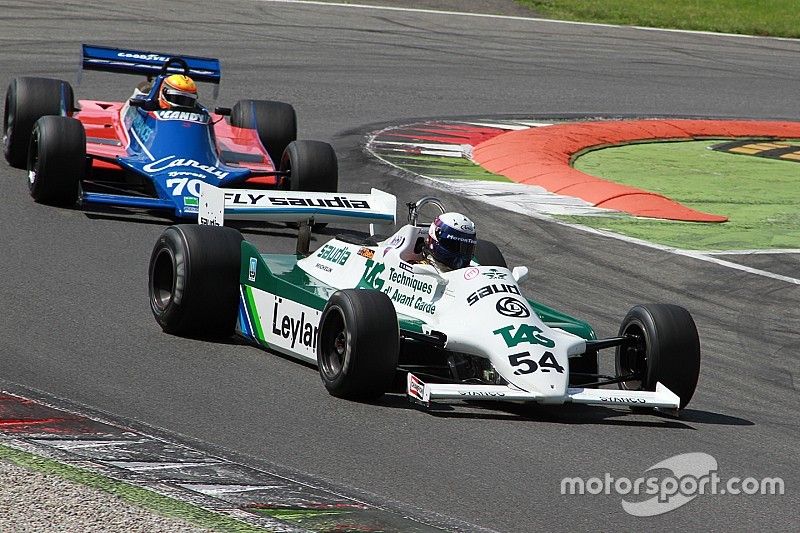 Motorsport.com columnist and TV commentator David Addison asks if racing really was better back then, and why old F1 cars should race on.

The other night, for want of anything better to do, I started leafing through an old copy of Autocourse from 1978.

Apart from the usual feelings of nostalgia for drivers and teams long since gone from the sport, it makes you remember circuits as well, some now emasculated, some consigned to running club races.

And, inevitably, you start to wonder if Formula 1, if motor racing in general, was better back in the day, to use a current expression. Was it? Not really.

My recollection of 1980s Grands Prix, for example, was that quite a lot happened because of a lack of reliability more than wheel-to-wheel racing. Yes, there were exceptions like the French GP of 1979 – think Arnoux and Villeneuve – but was it any more exciting then than now?

What did create more interest, perhaps, was the way that different constructors designed cars. Unlike a modern windtunnel generation of car, these were designed by protractor, pencil and inspiration – hence you had different looking cars as designers attacked the problem of making a winning car.

And there were other quirks, like Brabham’s fan car and Tyrrell’s six-wheeler…

Thankfully, those days haven’t gone forever. If you attended the Mexican or American Grands Prix this year, you will have seen a support race for Historic F1 cars.

In Europe, there is a fully FIA-blessed championship that goes to Zolder, Spa, Jarama, Silverstone, Brands Hatch, Donington, Zandvoort and the Nurburgring, all circuits that have a connection to the cars of the era.

The FIA Masters Historic Formula One Championship, to give its full title, is a series full of memories. Cars have to run in period liveries, and the beauty of the Cosworth DFV engine is that they are relatively easy to maintain. Grids are booming and the cars are going up in value.

Ah, but some may argue: old cars should be in museums for us to look at and preserve. Others may mock the idea of rich people driving old cars in a procession. Well, they are wrong!

For a start, these cars are driven hard. Have a look at an entry list for Historic F1 races and you will find names with interesting CVs, from modern F1 to 500cc motorcycle racing. Many have driven Historic F1 cars for years and know exactly how to make them fly and the racing can be as fierce as any category.

And as for keeping the cars in museums… Why? They were built to be raced, so let them race. I know that if they get damaged and then repaired they move away from their original state, but that would have been true if they had been rebuilt in period, wouldn’t it?

The Donington Musuem in the UK, for example, is a great place to go and look at static F1 cars and jog the memory banks. But where better to see them than on a circuit, being raced and raced hard?

It’s sad that as drivers of historic machinery evolve into collectors, many of their cars don’t get raced: they can only drive one at a time and hence many end up in collections and don’t appear in public as often as they did. Mind you, if you have the means to own a few F1 cars, it’s your call what you do with them.

The same is true in historic sports car racing, as machinery with Le Mans pedigree are on track once again, be it from the 50s all the way to the recent past with the 1980s Group C era being a big draw.

Adding to the nostalgia of watching old cars battling once more is the industry that goes with it. Countless companies have been created to look after these old warhorses. A number of drivers now specialise in racing historic machinery and teaching the car’s owner how to drive better as well.

Historic racing is booming, policed by the FIA, and a visit to a round of the FIA Masters Historic Formula One Championship should be on everyone’s bucket list.

It’s history on the track, the colour, the smell, the noise, the drama. It’s exactly what it was like at the time.

Alternatively, if you feel that historic racing cars are boring or should be wrapped in cotton wool, well… you may be reading the wrong website.

Bill Elliott and Ray Evernham teaming up to race once again