The life of legendary racer Sir Stirling Moss OBE will be permanently honoured at Shelsley Walsh following the unveiling of a blue plaque in his memory at the Worcestershire venue.

Moss, who died in April 2020 at the age of 90, is regarded as one of motorsport's greatest all-rounders, achieving success in Formula 1 and sportscar events before his career was prematurely cut short by an accident at Goodwood in 1962.

He later returned to racing in the British Saloon Car Championship with Audi, although his comeback was largely unsuccessful.

The plaque's unveiling at the famous Shelsley hillclimb course coincided with the start of the 60th anniversary Jaguar E-type celebrations, and was inspired by publisher Phillip Porter in memory of his long-standing friend.

The blue plaque was presented by the Worcester Civic Society and is now in the courtyard area at Shelsley Walsh.

On hand for the unveiling was the road-going Jaguar XK120 ‘LVC 345’, which was Moss's own road car in the early 1950s and used by him to travel to races across Europe. It has been recently restored in the Moss’s early racing colours.

Moss was later patron of the International Jaguar UK Club for two decades. 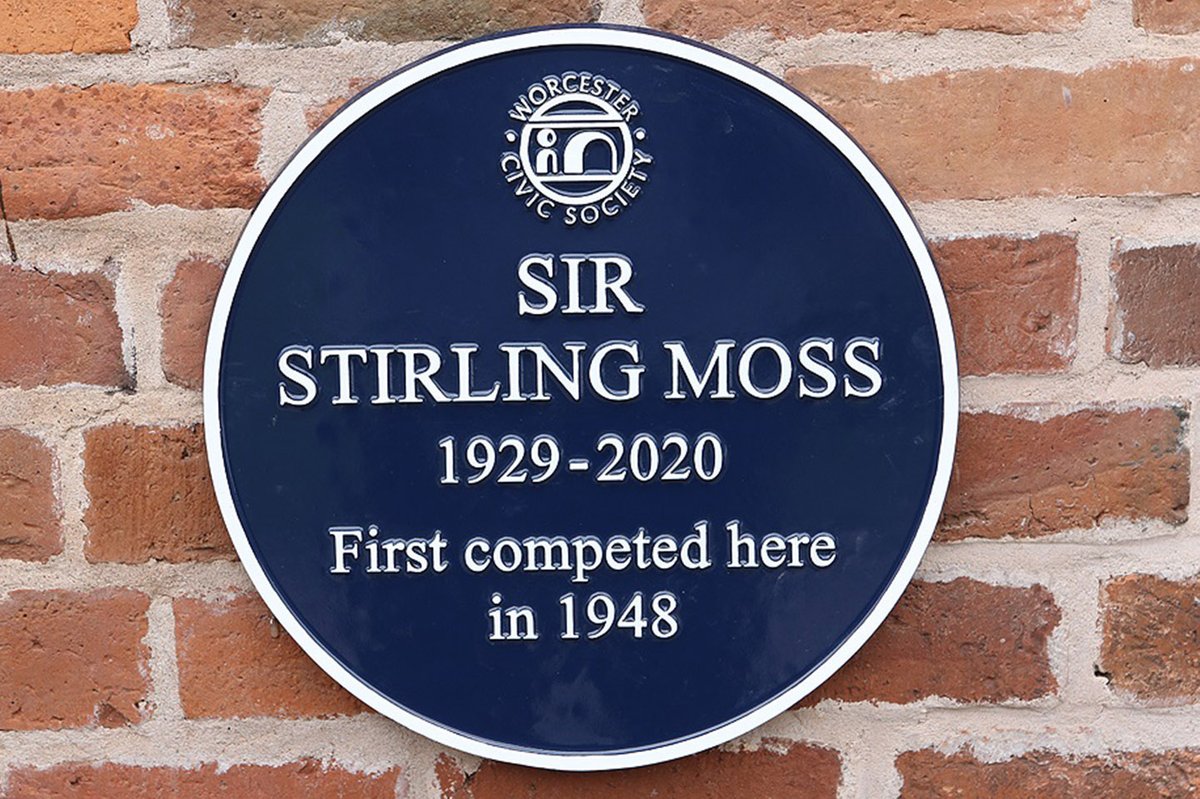 Plaque in memory of Stirling Moss

Moss started his motorsport career at hillclimb venues like Shelsley Walsh in the late 1940s. In 1948, Moss won his class at Shelsley in his Cooper 500 and a year later set fastest time of the day for un-supercharged cars.

In 1951, Moss scored a breakthrough victory in a privately entered Jaguar XK120 in the Tourist Trophy at Dundrod and that led to a drive with the works Jaguar team in C-types and then D-types until he joined Mercedes in 1955.

Porter said: “Stirling Moss was the first sporting superstar. For me, he was simply the greatest and Shelsley is an appropriate place for the plaque.

“He was my great hero and he went on to become one of the world's greatest racing drivers and forge strong links with Jaguar. He was a Jaguar a devotee for all of his life.”