It will be the first time that the second-generation Vantage GT3 has raced on the Nordschleife since the formal debut of the car in what was then known as the VLN in October 2018.

The appearance also marks the first time that the Prodrive-run Aston Martin Racing squad has run a car with an all-professional line-up since the end of the British manufacturer's involvement in the GTE Pro class of the FIA World Endurance Championship at the end of the 2019-20 season.

Aston Martin explained that it is making the entry in the SP9 class at the penultimate round of the NLS on September 25 in order "to demonstrate the car’s potential on the Nordschleife now that it has three years of development and seven championship titles under its belt".

It added that "the race will also serve to assist the series organisers in formulating a Balance of Performance measurement for the car ahead of any potential NLS or Nurburgring 24 Hours entries in 2022".

AMR president David King said: “Despite our various successes at the Nurburgring, for one reason or another, Aston Martin has never had a sustained presence in the top class of the NLS.

"The time is ripe for a change now that we have a world class GT3 contender in the Vantage, so we will be going there this weekend with the intent to show what the car is capable of to potential customers and partners, and of course to try and notch up another win for the Vantage GT3.”

The statement from Aston Martin announcing the entry added that "interest in the Vantage GT3 as a potential NLS contender continues to swell both with existing partners and new potential customers".

The new-build chassis to be raced by Thiim and Martin on Saturday will run in a revised factory livery. 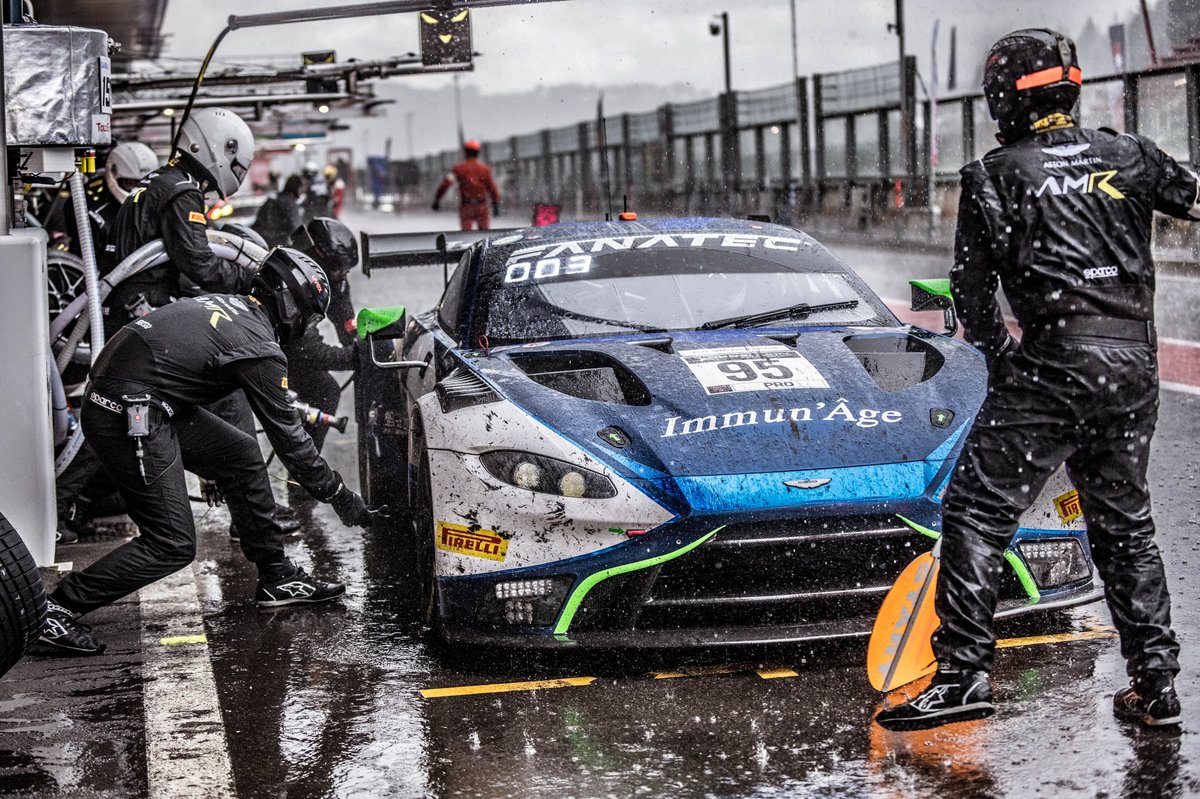 Aston Martin also chose to showcase the V8-powered Vantage GT3 at this year's Spa 24 Hours in partnership with the Garage 59 customer team.

It placed a car and factory drivers Thiim, Marco Sorensen and Ross Gunn with the British team, which took third place overall behind Ferrari and Audi.

Thiim and Martin have raced together at the Nurburging in the past: they were part of the crew that notched up Aston's best result in the 24 Hours, a fourth place in 2018 with the V12-engined predecessor of the current car.

Martin also took fourth position together with Darren Turner on the full race debut of the latest-generation Vantage GT3 on the Nordschleife three years ago. That followed an appearance by the car in the one-make Aston Martin Festival race in support of the Le Mans 24 Hours in June 2018.

Ross Gunn won the 45-minute event on the road, but wasn't officially classified because the car was racing on an invitational basis.

Martin said: “It’s obviously improved a lot since we last raced the car there on its debut three years ago, and even then we knew it had enormous potential. It will be great fun to race alongside Nicki, and we will be working very hard to make the most of this opportunity.”

Thiim added: “It’s always an honour to race for Aston Martin, and I think everybody knows that I absolutely love the Nurburgring, so we are going to go hard to prove the Vantage is a car that can be competitive in the NLS.”

AMR has continued to field a car in the GTE Am class of the WEC in 2021 for long-time customer Paul Dalla Lana.

The unpopular BMW stalwart built for the big occasion