Podium for Marc VDS at VLN4 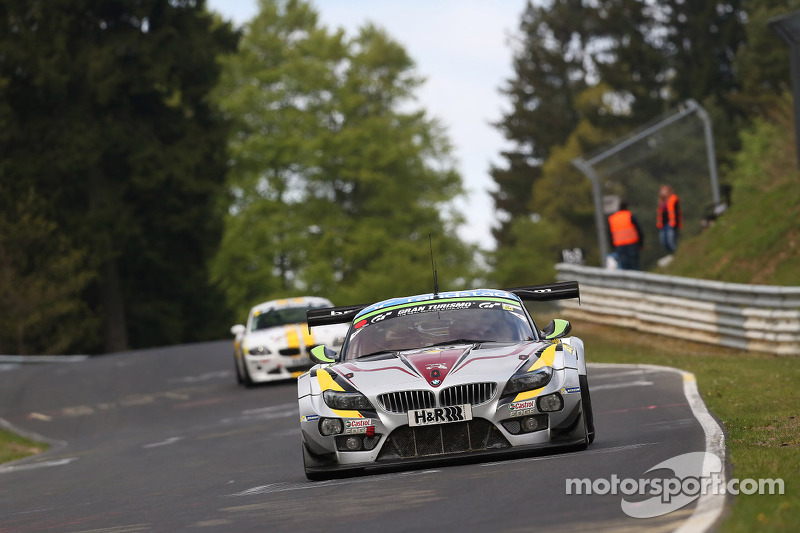 The two cars qualified in 11th and 13th position, making the start a nerve-wracking proposition with 210 cars in the field. Following the pattern set in earlier VLN events, both cars used consistency to make progress through the field and avoid trouble.

At the first pitstops, both cars lost a small amount of time, dropping some places but with metronomic lapping they found their positions improving. An unfortunate puncture for the #26 car, while in the hands of Catsburg, forced an earlier than anticipated pitstop and lost a little more time.

In fact, it was a largely uneventful race for Marc VDS, perfect to gather as much mileage as possible and to ensure both cars remained in good condition for the upcoming 24 Hours of Nürburgring. On the track, both cars were unscathed despite a race peppered with accidents, eventually resulting in a red flag with an incident at the end of the race.

The team now have a month to make the last preparations for the 24-hour race, which takes place on June 21-22.

Nick Catsburg, BMW Z4 GT3 #26: “Actually, for me this was a strange race. I was not in a fight during my stint and I was just concentrating on keeping out of trouble. That was pretty difficult, actually, because there was some pretty crazy driving out there today! It was annoying to have the puncture, but at least it was a minor one – I just felt a drop in pressure and was able to box and repair it. Still, good preparations for my first 24 Hours of Nürburgring – with this team, I’m really excited for it.”

Jörg Müller, BMW Z4 GT3 #25: “I’m really happy. We improved the car again, and I feel really comfortable in the car. The biggest goal we had for the VLN races was to make the car nice and easy to drive for the 24 hours, and it’s comfortable and very quick now. There were quite a few incidents on track, but that’s normal with more than 200 cars and the mixed pace of the drivers and cars. In short, I’m just raring to go. I could start the 24 Hours right now!”

Bas Leinders, Team Principal: “I’m very happy to see this strong result once more. We made good use of our consistency to move up the order; that’s very pleasing. It’s the last chance we had to prepare for the 24 Hours of Nürburgring, and we made more steps as a team. The relationship with BMW Motorsport is proving extremely fruitful, and you can see that the works drivers have fit in to the squad very well. I’m sure we are as ready as it is possible to be for the 24 hours. Bring it on!”

VLN Round 8: Four-wide at the main straight