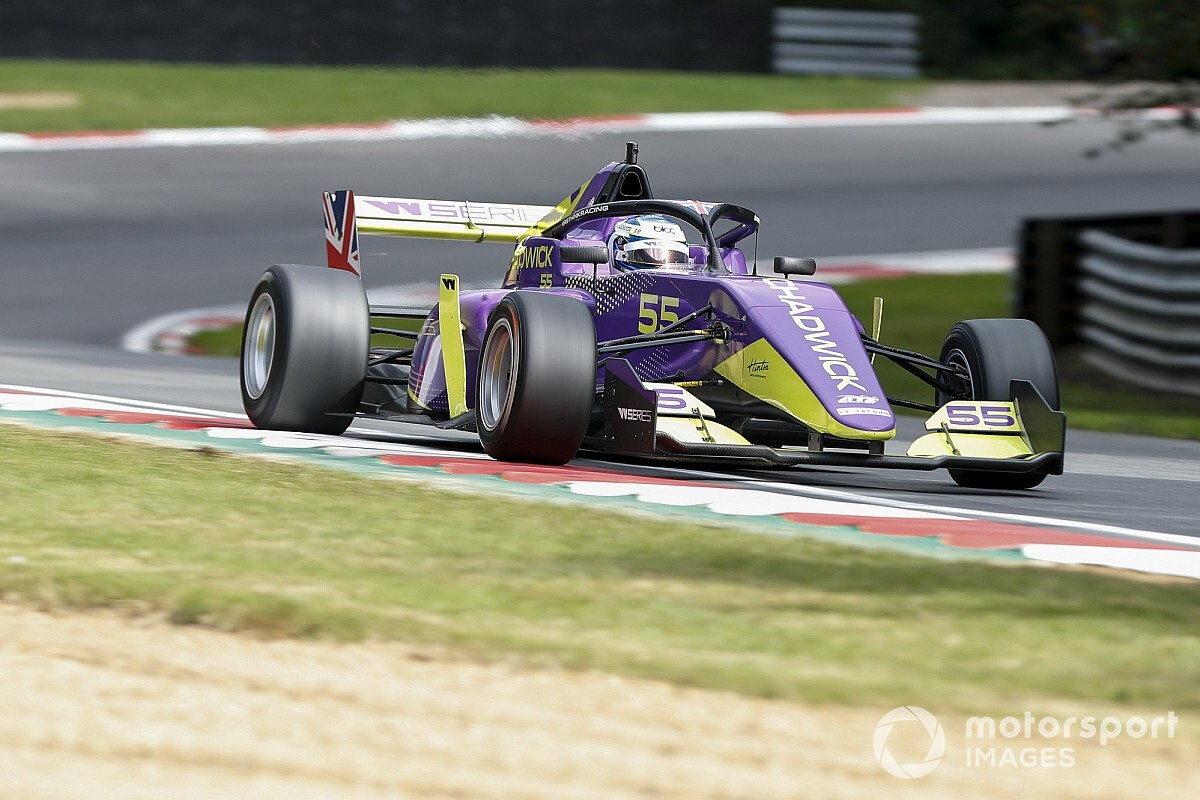 Chadwick set a blistering time of 1m22.425s in the final minute of the W Series qualifying session, deposing Alice Powell, who had looked assured of pole until the final moment.

Powell’s late attempt of 1m22.793s looked like the fastest time of the day, before Chadwick’s best time gave the championship leader her third pole of the season, as she heads into Sunday afternoon’s title decider with a 13-point advantage over Visser.

A place on the podium would be enough for Chadwick to win the title, regardless of where Visser, the only other driver in mathematical contention, finishes.

Porsche Carrera Cup GB driver Esmee Hawkey impressed with her best qualifying performance yet in third ahead of practice pacesetter Emma Kimilainen, whose final attempt at pole was thwarted when she ran through the gravel at the entry to Westfield.

Fabienne Wohlwend will line up behind Visser in sixth with Miki Koyama seventh and Sarah Moore eighth after another late improvement.

Both Hawkins and Piria are in a fight to finish in the top 12 position of the standings, which will determine whether they are guaranteed a return to the W Series grid in 2020.

Reserve drivers Sarah Bovy and Vivien Keszthelyi, who will both take part in the Brands Hatch race, qualified 16th and 17th respectively.